So, after 8 years of searching for the best video on the planet, YouTube announced today that it is shutting down at midnight tonight so it can pick a winner.

YouTube says they have over 30,000 technicians helping out a top level panel of judges to decide who win. Since 70 hours of video are uploaded to YouTube every minute, the judging is going to take a decade. While they do that, the videos up there already will be taken down.

Of course this is an early April Fools joke. Can you imagine the global trauma if these videos really were lost forever. I speculated earlier what would happen if Yahoo shuttered Flickr. YouTuve has become the defacto memory of broadcast services, especially the great bits. Google likes to prank us around this time of year. Remember the Morse Code Gmail Tap from exactly a year ago?

Not sure I get the Gmail Blue joke. Obviously having a go at Redmond, but not sure Google has all the anwswers.

One of the nicest April Fool jokes was the TV reportage my son Christopher did from the island of Texel just off the Dutch coast. They carried the "exclusive story" that the salvage firm of Smit Tak had agreed to tow the island down to near the Canary Islands because the climate was still too cold despite the predictions of global warming. The locals played along brilliantly, and so did the salvage company, explaining the challenges of towing an island is different to a ship. 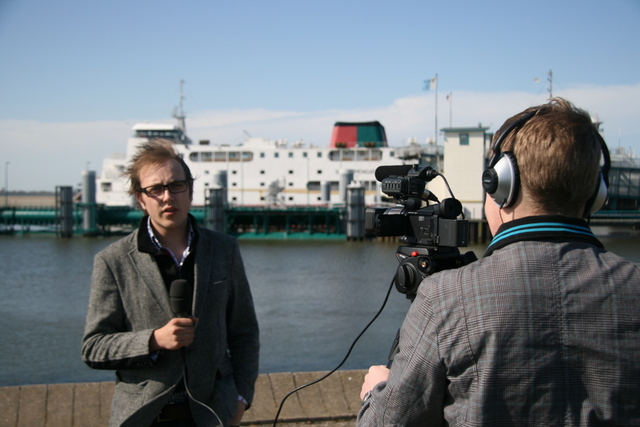 Only wish that Google Reader going away was a joke too. But apparently, that's really going to happen. Makes me wonder what they're putting in the water at Mountain View.

Update: Jokes aside, it seems the Internet providers in the Central Asian country of Tajikistan have again blocked YouTube. The head of the Tajikistan Association of Internet Providers, Asomuddin Atoyev, told the privately-owned news agency Asia-Plus that on the morning on 29 March 2013 the Internet providers received the order of the Communications Service under the Tajik government to block YouTube. "The Internet providers had already blocked the website by the evening. The reason [for the blocking] was the same again - maintenance work," Asomuddin Atoyev said. Several videos have appeared in recent weeks critical of Tajik government. Just what kind of maintenance does YouTube need?