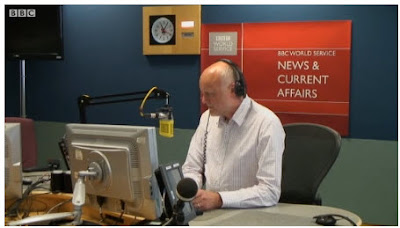 Thirty years ago, the business of international broadcasting was very different. I would argue to that do the job well you needed to understand two cultures rather than just one. The best form of international broadcasting is always a comparison. This early Media Network programme phoned several international broadcasters to find out if they were in a "recruitment posture" as VOA described it.  How we laughed all the way to the studio on that one. Curious to here the voice of Peter Barsby, former presenter of World Radio Club on BBC World Service. He later went on to set up in-flight entertainment services from his base in Ipswich.

Check out this episode!
Posted by Jonathan Marks at Saturday, March 09, 2013