Will the Austin startup ecosystem ever live up to its promise?

Excellent post on the challenges of building a new ecosystem. Trying to do some similar on the West Coast of Europe. Small town challenges abound here too. 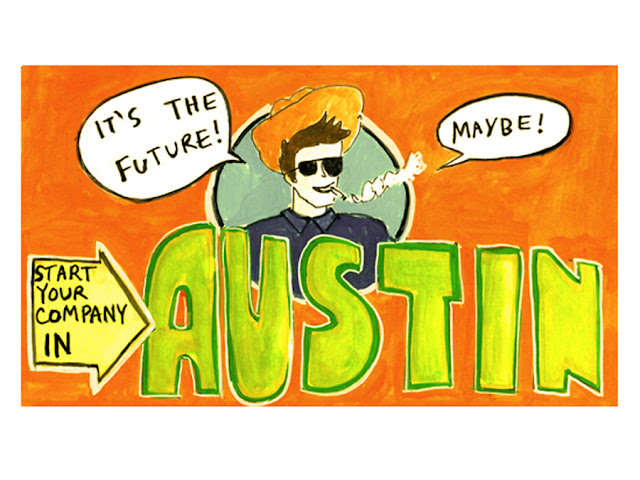 On paper, it seems obvious that Austin should be included in the “best startup cities in America” list. For starters, the city hogs the tech industry’s attention for a week every year during South By Southwest, now hyped and mocked in equal measure. Then there are the heavy-hitter tech residents. Some of the biggest and most important tech companies have a presence here: Google, Apple, Facebook, Evernote, Cisco, IBM, Dell, AMD, National Instruments, and Texas Instruments, just to name a few. The local economy is booming, the state is business-friendly, and the cost of living is relatively low, compared to the coasts.
But the key words in the graph above are “on paper,” “for a week” and “a presence.” The reality is despite the best intentions and endless buzz, Austin has never lived up to its much talked about potential as a startup hub.
The optimist’s case is one of a small community that is only beginning to stand on its own two feet. While the city has had a few stand-out tech exits – SolarWinds ($4.45 billion market cap), Home Away ($2.52 billion), and BazaarVoice ($480 million) – insiders refer to it as a “blue-collar tech town” characterized by tech workers who favour good lifestyles over grand dreams of changing the world. And for as much as it holds the allure of a burgeoning economy, a business-friendly climate, and some of the best barbecue in America, it also suffers from some small-town problems.
While the tech giants loom on Austin’s periphery – most are based outside the city, or even in suburban Round Rock – they rarely have anything to do with the startups that are typically based in the middle of the city, and they’re mostly ageing companies laden with legacy baggage of “old tech.” In fact, they exist in an almost entirely separate universe.
Continue reading...:
Posted by Jonathan Marks at Sunday, March 10, 2013