Lots of analysis in the Dutch broadcast press this past weekend following the sudden departure of the first female director general of a broadcasting organisation in the Netherlands. She was effectively fired because she failed to restore the market share of SBS6 within what the shareholders Talpa and Sanoma Media regarded as a reasonable time.

Georgette Schlick was appointed back on October 24th 2011 with the mission to rescue the commercial TV networks SBS6, Veronica and NET5. Having watched her present a couple of times since, I came to the conclusion that she wasn't given the power to make fundamental changes in attitudes. SBS still is a TV company, trying to understand a multimedia world. Warning bells for me started when she began by showing one of the standard Did You Know films - as if SBS really had a plan on how to integrate social media with very traditional commercial TV offerings. It struck me that they had no real time audience data so that building the audiences and the schedule was based on hunches and a misunderstanding of why people had deserted the channel. ProSieben, the former owners wanted to offload their properties in The Netherlands, realising that they can make far more money in the more traditional market in Germany. That's proved to be the case. Schlick worked out how to programme the narrow-cast channels for women (NET5) and men (Veronica). But SBS6 has turned out to be ratings disaster.
I find it incredible that their target group for SBS6 is still so wide. 20-49 years old. From digital natives to those who use digital equipment as though they were still analogue. And programming wise, SBS6 has always been a poorer version of RTL4. You can't deliver audiences to advertisers unless you understand what audiences want. 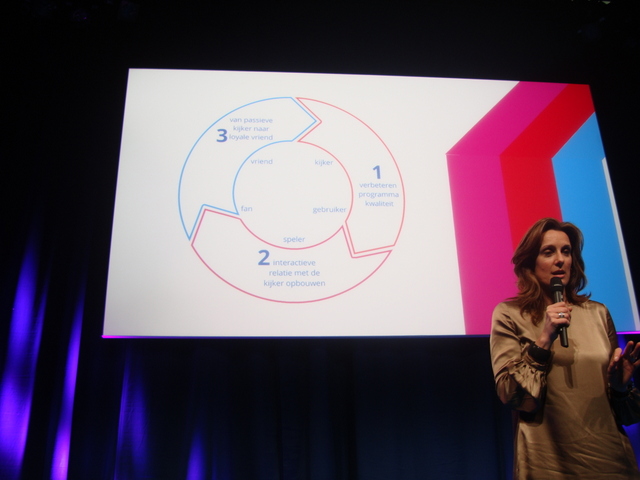