The Path to the Brain

The sun's reflection messes up my attempts to photograph this sign. It doesn't really do justice to the message. Get into the mind of your target group with Sanoma Media. The Finnish publishing house has just rebranded to become Sanoma Media and they really do understand that the audience is the product. Their heart still lies in paper, but they are building some exciting transmedia properties. Saw this sign in Utrecht, The Netherlands on my way to the Festival of Games. 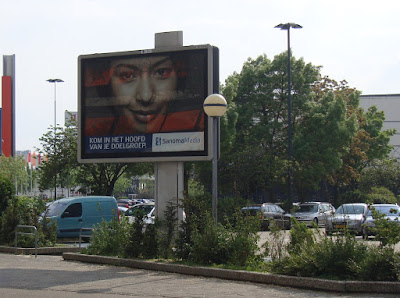 Posted by Jonathan Marks at Thursday, April 28, 2011 No comments:

Email ThisBlogThis!Share to TwitterShare to FacebookShare to Pinterest
Labels: sanoma I wonder how many people know that this is a TV current affairs programme produced by Dutch public broadcasters AVRO and TROS? If you live in the Netherlands, you and I are directly financing what they do out of direct taxation. The climate in the Netherlands at the moment seems to be very against public service broadcasting. May be that's the reason the outside broadcast van makes no mention of public broadcasting. EenVandaag is the product. Not the network. Not the production house. Not the audience. In the crowded world of brands, this makes them very vulnerable (especially since they started as Tweevandaag when they were on the 2nd Dutch national TV channel. The website is interesting. In Dutch, it's polished, it's finished and so doesn't really invite you to interact. You're invited to watch others perform. I'm not sure what they are trying to do with the page in English, entitled Instructions for the Website. Who is the audience for that?
Posted by Jonathan Marks at Wednesday, April 27, 2011 No comments: 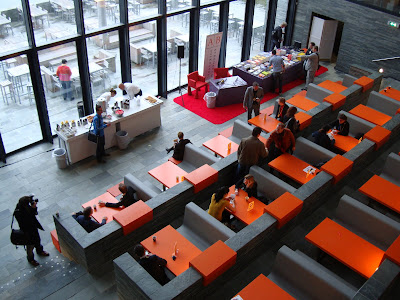 With the recent acquisition by Sanoma Media and a group of investors including John de Mol of  Pro-Sieben's channels in Holland (SBS6, NET5, Veronica), I think the future of Hilversum as a creative capital is becoming rather bleak. It may simply become the place where great productions are archived. It is no longer where the great ideas are born.

All the great emerging media experiments are happening in small start-ups in Amsterdam (some too in Rotterdam), as well as in the new entertainment studios de Mol has built near the Amsterdam Arena. They don't need the Media Park in Hilversum, which has always been a nightmare to reach in rush hours. Massive cuts to public broadcasting, without a clear path forward, means everyone is creeping into cocoons hoping they won't get hit when some of plan of action is announced in the summer. The public broadcasting sector in the Netherlands, fraught with fragmentation, has regressed into very nasty squabbles about quality and reach when no-one has defined what these terms mean. Believe me, you don't want to be working in Hilversum at the moment. I have never seen it so void of creative inspiration. With the exodus of some of the brighter brains to Amsterdam, all that is left is a collection of buildings (some inspiring like the VPRO building and the Sound and Vision centre) but most of them are drab offices where moving up in the hierarchy means you get a larger office.

The commercial sector, on the other hand, is blossoming. They understand that, for them, the public is the product. They deliver demographics to advertisers and, despite the social media hype, the agencies are still willing to pay top dollar for access to these (potential) clients. No news there, except they are doing it rather than just talking about it. They're investing millions in trying to understand how audiences want to be entertained. When will the public sector realise that their job is different? 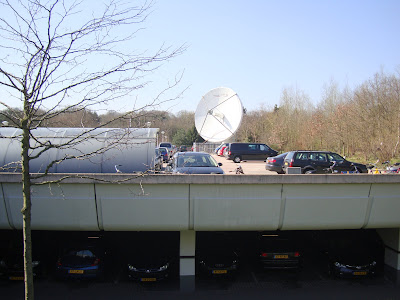