There's a special TEDx going on in Geneva today, devoted to Transmedia. The first thing to understand is those who like Transmedia thinks its different from Crossmedia. Frankly I have always interpreted Crossmedia to be this. That's where an immersive story is told through across various platforms, which could be web, phone, TV, or radio. Anything else is merely cross-platform story-telling. But OK, we're stuck with the term.

I do love the You Suck at Transmedia website. Because at the moment, there are not many good examples. And the problem is that good transmedia productions don't lend themselves very well to repeats. The Truth About Marika is a good example. So they end up being relatively expensive. But the Marika project was brilliant  at the time. I am surprised that the company that made it doesn't understand how to get the aspect ratio right on Youtube.

Posted by Jonathan Marks at Thursday, September 30, 2010 No comments: 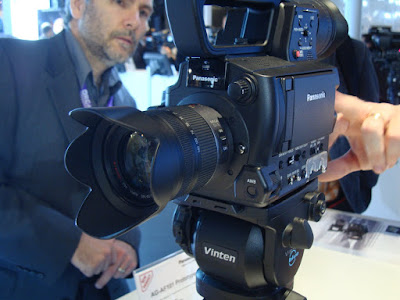 Briefing clients this week on the outcome of the 2010 IBC in Amsterdam.

Who's Hot: Panasonic, Netgem, Canon (not their DSLR's though -their new 105), Nautel, Autodesk, Vizrt, NHK's Super Hivision (although NHK has enormous difficulty explaining the context of what they are doing).

Biggest disappointment: Sony - why did they bother to come back to IBC? Lack-lustre stand and very traditional workflows.

Biggest Flop: 3D. Would you make a documentary in 3D or Super Hivision? The latter. There are incompatible glasses (3 types) and the demos are with the wrong material. 3D is just a nich subset of HD. Don't waste your money on a new TV.

What needs to change?: I really wonder about the future of the IBC conference. Who has time when the exhibition is so big? All the training /presentations now happen on the floor. The IBC Conference isn't accessible online unless you pay a ridiculous sum - so we will let that one pass. Its also very Anglophile and, whilst it attracts the technical operations people, it has consistently failed to attract creatives.

And for goodness sake stop handing out awards for EVERYTHING. It's devalued the whole point. IBC shouldn't be dishing out awards to anyone. That should be left to member organisations.

Posted by Jonathan Marks at Wednesday, September 15, 2010 No comments:

Email ThisBlogThis!Share to TwitterShare to FacebookShare to Pinterest
Labels: IBC2010

Words fail me. Amsterdam hosts the largest broadcast exhibition in Europe and can't be bothered to put traffic cops on the A10 exits. Since no-one in Holland has heard of a box-junction (don't enter unless your exit is clear), the result is a 30 minute chaotic wait to enter a car-park. Makes driving in Southern Europe look like paradise. Of course, they won't do anything until someone gets killed. RAI puts traffic people on their own property who stand around and smoke with apparently nothing to do, while it is sheer bedlum 200 metres away. Crazy. RAI is getting arrogant again.

Now we know that the North-South metro line that was started in 2003 won't be ready until 2017 at the earliest, Amsterdam needs to get its act together in the meantime. 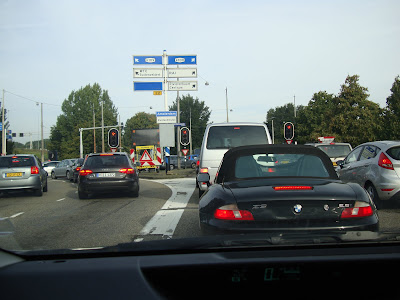 Posted by Jonathan Marks at Saturday, September 11, 2010 No comments:


One of the themes at Lift-Fing, the French innovation conference this year in Marseilles was public data. They examined how some cities like Rennes and Helsinki seem to be pulling ahead in their use of open data and crowd sourcing for the benefit of citizens - and to cut costs by breaking down government silos.

This segment recorded during the conference is a sort of executive summary of the conclusions from the speakers.


This video was made as a briefing to those interested in the open data movement, so goes into a lot more detail than if it were made for a general audience. I recommend watching the presentations as they become available here.
Posted by Jonathan Marks at Tuesday, September 07, 2010 No comments:

The rise of FabLab

Born in MIT and Northern Norway, the Fab Lab concept seems to be blossoming. I think it works because you can clearly make just about anything in a Fablab and what happens is relevant to local circumstances. At school one ofe the reasons for not liking Physics was that all the experiments had been worked out by others, and I couldn't see the practical application of what was being taught. These public access science labs work the other way round - you share an idea and they look to see what's possible. It is a great place to prototype. Check fablab.no/ and this list for one of the nearly 50 labs near you. Ton Zijlstra, also in this video, blogs in English about Fablabs at fablab.nl/.

Thanks too to Fing for featuring this at their conference in Marseilles this year fing.org. Videos of the presentations from this years' conference are here www.liftconference.com/fr/lift-france-10/home_fr
Posted by Jonathan Marks at Tuesday, September 07, 2010 No comments: 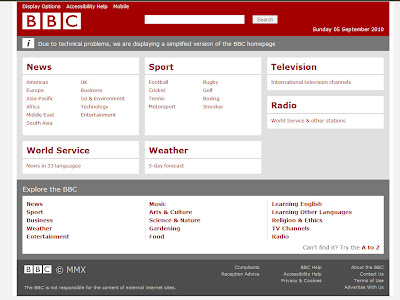 
Entire BBC home page site down at the moment. iPlayer also stopped for me although others are reporting its back now. Did someone try to download the Internet again? And Twitter has fail whales... Maybe the servers are in Christchurch, where no-one would look for them. 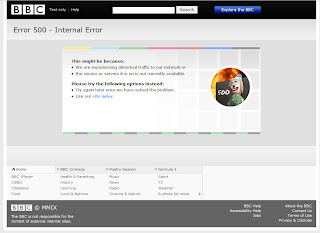 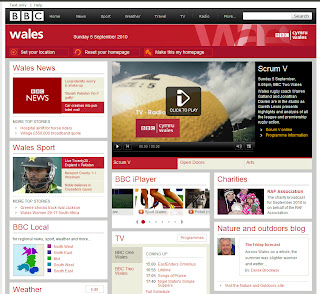 Posted by Jonathan Marks at Sunday, September 05, 2010 No comments:


Al Jazeera has certainly done a good job of revamping their website. Long overdue, but a major improvement now in both style and ease of navigation. Liked the item on United Breaks Guitars - second item in the programme.

On closer examination I find it strange that some of their "how to watch us" stuff is buried in about us and this is divorced from the page about watching AJE live. I think it may be time to time dump those pay for networks. I cannot believe they are a profit centre. And the quality is awful. The date on this page is misleading. The news is fresh. Its the page design that is a year old. 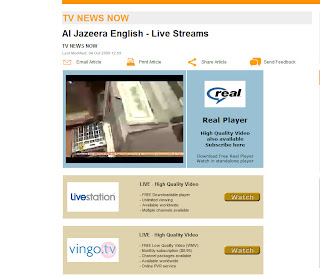 Posted by Jonathan Marks at Saturday, September 04, 2010 No comments:

Is Apple's Ping a Haven for Spammers?

Is Apple's Ping a Haven for Spammers?

Ping? Tried it, got rid of it. Don't need another spam-ridden social network. It means that unless you get the settings right, you can't surprise a friend (they can see what you purchased) and I think it will go the way of My Space...too restrictive.
Posted by Jonathan Marks at Saturday, September 04, 2010 No comments:

Philips flounders on with some useful products (like the headphones) but uncoordinated marketing. It would appear that they don't trust the couple of thousand tech reporters wandering around Berlin's IFA fair at the moment and so decided to make their own stand tour. This piece can't decide whether it is a piece of television news or a sales presentation to shop owners. The opening text is classic PR and I creased up when the airfryer demo guy does a "Hi Derek" at 1'56. Looking at the viewing figures, this YouTube channel must have some of the highest costs per viewer on the planet.

Philips haven't learned from Apple keynotes, in that when you announce something new like Airfryer at the world's largest consumer fair, it is a good idea that your online store has heard about it and has some clue as to a delivery date (pre-orders?). About time they shortened their company tag line to Simplicity. I always hear people confuse their current one with Sense and Sensibility. Sense doesn't make much sense any more. 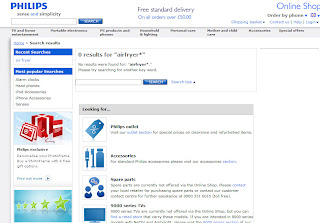 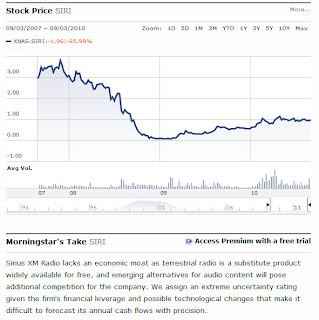 I was asked again the other day what I thought of the future of satellite radio. In Europe, I believe its a non starter with such a splintered telecoms market and no tradition in pay-radio. We're also too far North for direct line of sight. As far as North America is concerned, I still think this advice about Sirius is spot on. Satellite radio in the US is not a good investment. With all the developments with iPad, I doubt if we will see a next generation of these satellites. Sirius is clever at hyping, but to say they are swinging into profit is being very optimistic.
Posted by Jonathan Marks at Saturday, September 04, 2010 No comments: