Wisdom of the Crowds - Information Failures in Amsterdam 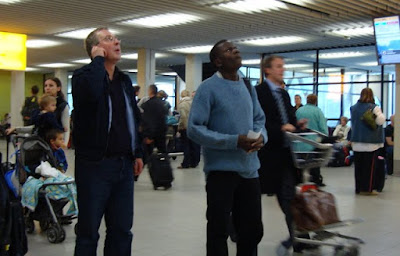 I have two recent incidents which make me trust the crowds much more than the civil service here in the Netherlands.

Travelling back on a KLM plane from Athens we arrive at Schiphol airport right in the middle of a thunderstorm. Schiphol decides it is too dangerous for its personnel to keep the gates open (lightning strikes, etc) and suspends operations. We taxi to a parking area and wait. The captain comes on to explain. Ten minutes later we start seeing other planes taxiing towards the terminal. Captain tells us they have priority at the gate, but that we have to wait until another plane leaves our position. People on the plane start to ask for information about connections. We're told there is no information at the moment, except that connections have probably also been delayed by the storm. People on the plane get out their blackberries and go to departure/arrival info on www.schiphol.nl and discover this information is not true. After another 25 minutes on the ground a very irate captain comes on to explain he's had aan argument with Schiphol and has been lied to. They have not given him priority at the gate and we're still waiting for our gate position to be cleared. After 1 and 5 minutes on the ground we finally start disembarking. No KLM or Schiphol personnel to meet the plane with connection information. Those who don't already know from the Schiphol website (which was working all the time), scramble to find monitors for more info.

Arrive in Amsterdam Central Station Wednesday morning to discover total chaos with the trams outside? Two trams, the numbers 2 and 13, look like they have "folded" into each other at the points on the left hand side of the station. Five traffic cops are shooing onlookers away. Couple of engineers looking into how to clear the obstruction with the minimum of damage. "All the trams that should be leaving from this side of the station are now leaving from other other side" is the message given by the officials. So the crowds move to the other side. Opposite all of this are the Amsterdam Traffic Offices where you go to get info and tickets. No-one from the staff can be bothered to come outside and explain to people what's going on, which track we can expect to find the right tram, or which halts are now unreachable because the tram routes have been changed slightly. I couldn't believe it, especially when I went into the information office and saw the staff just gazing out of the window. In this case it was a minor incident. But just think if this had been something more serious. Lack of information at times like these can be very dangerous indeed. My conclusion is that, for the moment at least, you get more information from the KGB than the GVB. It fits the image that Amsterdam is a fun and creative city but as this recent survey revealed, the city is rapidly losing respect when it comes to its position as a business centre. Logistics are a nightmare! 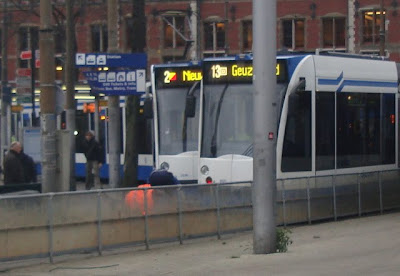 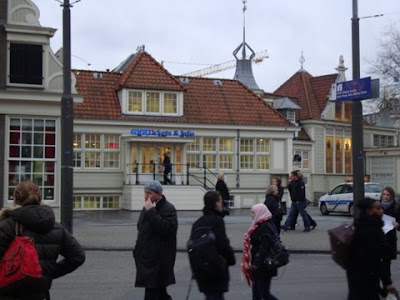 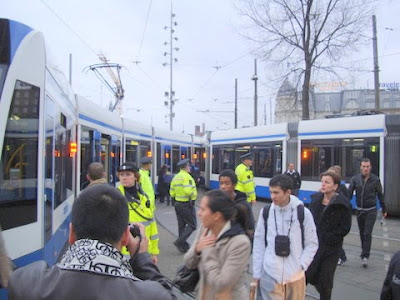 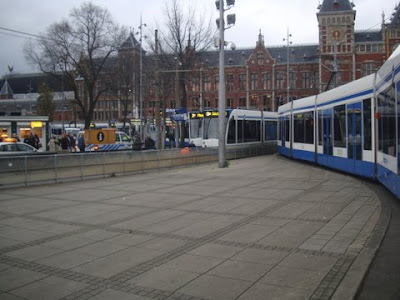 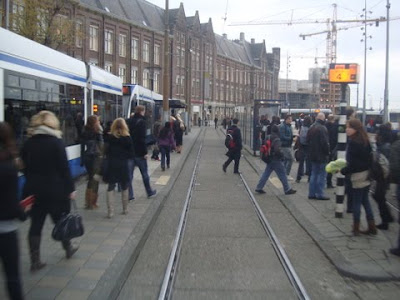 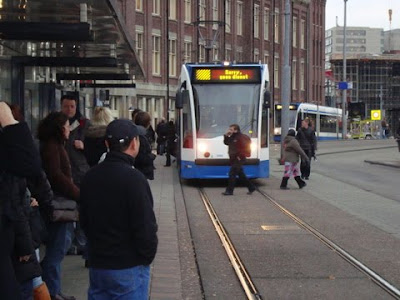 Posted by Jonathan Marks at Friday, November 20, 2009 No comments: