Bit spooky - ghosts of broadcasts past in Hilversum


Strange to be wandering through the now empty corridors of Radio Netherlands on the Witte Kruislaan in Hilversum. I was programme director there for 12 years until 2003. And for a large part of the time I was also a programme host and producer of the weekly Media Network programme. I believed in management by example, which is why my office was at the "pilots end" of the 1960's building (shaped, deliberately like an aeroplane) and not in the management wing. There needed to be a healthy separation between editorial and finance. And, I'm pleased to say, that worked.

But now, external broadcasting from the Netherlands is taking on a very different form. And the new teams do need to make a clean break with the past. With a 70% budget cut, the strange situation has arisen that they have to move into an extended floor on top of the Radio Netherlands Training Centre building next door and abandon their purpose built main building. That's going to happen at the end of next week.

So, one last wander through the building. I actually had offices all over the building - moving office every few years as I changed jobs within the organisation or a department moved. The only thing that moved with you was the phone number. 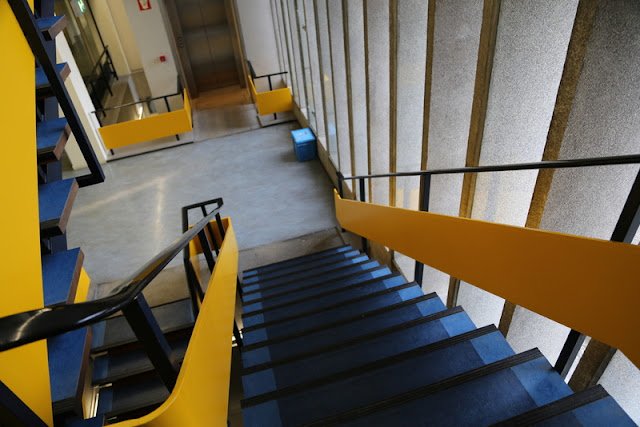 The last office I occupied in the main building was on the first floor, also used for the production of Media Network when I was programme director.


The specially sound-proofed studios on studio square are also being abandoned. Where there was once BVN transmissions on TV screens, now that channel showing is Al Jazeera English and BBC World News...at least for a few more weeks.

The skip in the yard is full of the past. Mainly CD's of long obsolete office software, publicity posters and signs. 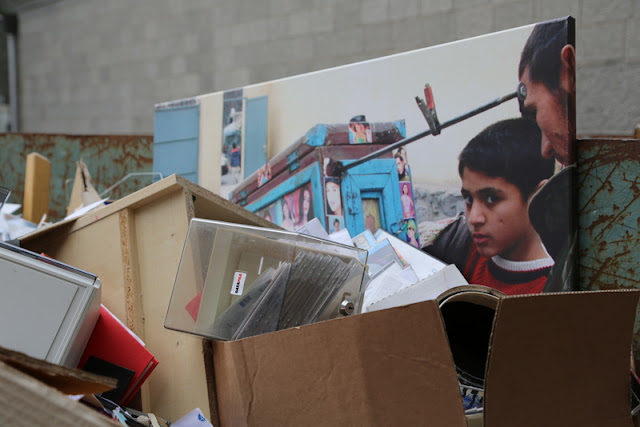 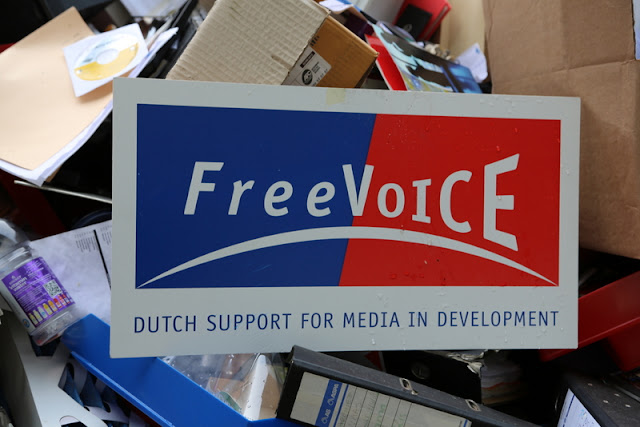 I also spotted the movie poster of Hotel Rwanda on the wall of the Broadcast Facilities Nederland office, the organisation that supplied a team of excellent sound engineers. That brings back a particular memory because what we did in March 1995 was used as background material for that film made in 2004. That was the true-life story of Paul Rusesabagina, a hotel manager who housed over a thousand Tutsi refugees during their struggle against the Hutu militia in Rwanda. We built a hate-media dossier on the Media Network website and the film website quoted from it. 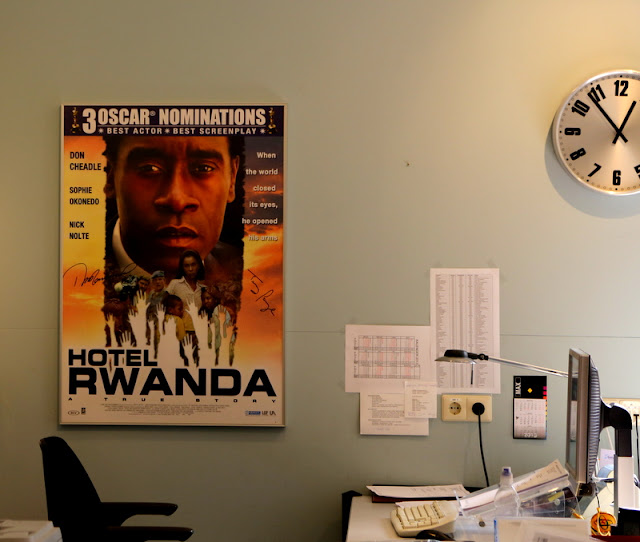 We knew that Radio Milles Collines incited genocide in Rwanda in 1994. But in March 1995 when the programme below was made, we didn't know the full extent of the tragedy. That would be revealed several years later at the trials in Arusha, Tanzania. Eric Beachemin did a lot of travelling in the Great Lakes region of East Africa and brought back with him some unique insights into how media could help repair the social damage as well. This was one of the first programmes which featured the voice of Diana Janssen, at that time  Head of Strategy.


And so, onward to other things.
Posted by Jonathan Marks at Saturday, March 09, 2013