The Telegraaf newspaper concern keeps trying to tell us that Hyperlocal websites can be run by volunteers. May be when it comes to sports reporting it could work. But when it comes to news reporting, it is a huge failure. It's just reports by enthusiastic cop car/ambulance chasers. This afternoon, apparently, there was a police car chase two streets away. They also used a police helicopter. Apparently someone was arrested but the police were not available for comment.
Well that's all right then. What it was about we will never know. Would I like to advertise again this rumour mill of accident reportages, burglaries and domestic violence. Not in a million years. So what's the point? 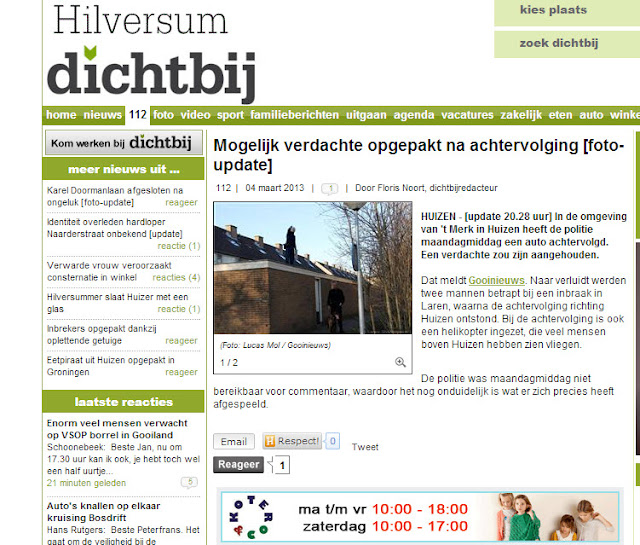