Didn't realize that the US government-backed broadcaster Radio Liberty broadcast for many years from a transmitting based in Taiwan. This was long before satellites were used to get audio from one side of the world to another, so they made the news locally and played tapes sent from the main Radio Liberty studios in the heart of Munich. 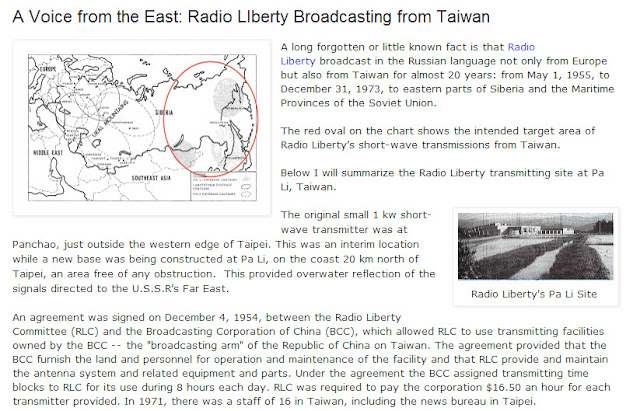 Full credit to Richard H Cummings in a post published originally in 2010. He has extensively documented the history of RFE and RL.
Posted by Jonathan Marks at Saturday, March 09, 2013