Rethinking the Structure of the BBC after the Meltdown 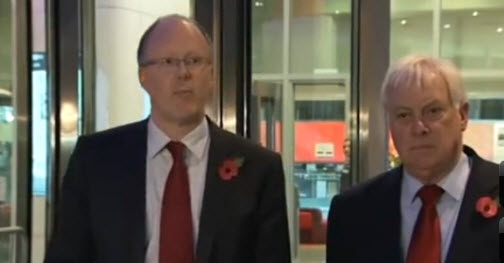 Why was Entwistle the "Editor in Chief" as well as the Director General? He's being grilled in the press and by his own station as though he should have been "controlling" output. He was out on the night of the infamous Newsnight Programme. So? Yes, he is formally responsible for everything, but in a multimedia world this is just Mission Impossible unless you try and rebuild a control structure along the lines of Radio Moscow. Even they couldn't "control" everything that went out. Entwistle is the fall guy for a second major failing in the BBC Chain of Command. Bad journalism at the front end. But also extremely bad management. Not much signs of teamwork there. And the resignation statement outside the swing doors of Broadcasting House (badly lit) was the classic way politicians resign. It looked like an episode of Dad's Army "George has been a naughty boy and has decided to do the honourable thing".

Should BBC get rid of Newsnight? No. But it needs to find out whether the bad journalism was a result of inexperience or stupidity. Sounds like the reporters and editors on the story didn't know the difference between reporting an event and investigating crime. Paxman will probably use the opportunity to go. I think we've seen the end of the arrogant "exclusives" which these TV news programmes still believe they can generate. 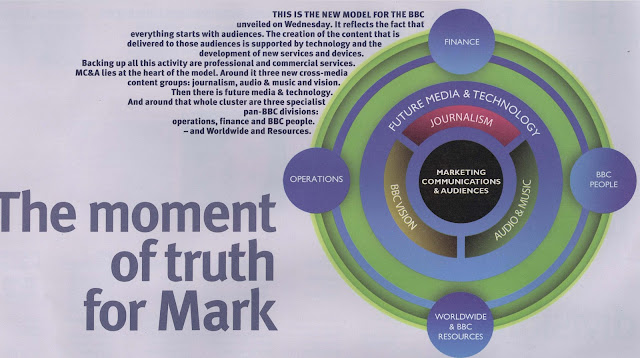 Why doesn't the BBC separate into a two clear divisions - Factual and Everything Else?  Wait a minute, if the organogram released in 2006 is still valid, it already has. The makers of the structure try to show audiences at the heart of everything they do. Yet, by combining marketing with audiences, they give the strong impression of built a fortress to defend themselves from two enemies. The politicians and the public. Only programmes like Feedback are allowed to question the editorial wisdom of decision making. The result is very defensive. It also leads to more and more programme units issuing "statements" to protect themselves from the interviewers questions. I think initiatives like OurBeeb need to be taken to the next level.

This also raises serious questions about the role of BBC Trust. Chris Patten and other board members obviously appointed the wrong person for the job. They went for a manager rather than a leader. I agree with the Observer's Dan Sabbagh.

The most important qualities in a director general are not political or programme-making experience but simply intellectual robustness and resilience – to deal with the relentless storms of criticism that affect the BBC. His predecessor Mark Thompson, who ironically starts his next job, as chief executive of the New York Times on Monday, had that inner strength. But Entwistle clearly didn't, folding when it became clear BBC News had lost control. The director general, who lasted only 54 days, concluded that he had to take responsibility for Newsnight's catastrophic errors.

Unlike some of his competitors for the top job at the BBC Entwistle barely campaigned in public. He declined to share his vision for the broadcaster with anybody other than very close allies, including Patten. It was impossible to know what his BBC would be like, so unwilling he was to test out his ideas.
But Entwistle was not really cut out for the job. He worried ceaselessly once the Savile crisis broke. His public appearances were rarely surefooted; struggling before a select committee as well as during Today. He disliked being interviewed by rival broadcasters and never lasted long enough to submit himself to a newspaper interview at all. The talk was that he wasn't sleeping – decision-making halted after the Savile crisis broke – and journalists in the newsroom rapidly concluded there was a chance he might resign. Entwistle regularly ducked out of the BBC's daily morning top management call, theoretically so he could recuse himself from Savile-related questions, but again creating the impression he was no longer in day-to-day charge.
It was Entwistle who told MPs at a difficult hearing before parliament last month that he tried as hard as possible not to inquire about Newsnight's ill-fated Savile investigation a year ago. He said, incredibly, that he expressed "a determination not to show an undue interest" – a formulation of a man determined to put his hands over his ears lest he hear something discomforting. Then he told John Humprhys on Today that he was not aware of reports in the Guardian that the thinly veiled allegation against Lord McAlpine appeared to be incorrect. It reinforced the notion that he appeared to be the last person who heard about anything controversial that happened in his own organisation.

Chris Patten certainly stood up to the Chinese with the hand-over of Hong Kong. But he has done a fumbling, bumbling job of standing up to the government. And where is Helen Boaden, BBC Director of News, in all of this? I think we need to be told. Both will probably go. May be faster than the public realize. And Mark Thompson's start at the New York Times is brewing into another storm. The NYT doesn't need any legacy problems to compound the ones it is facing at the moment. 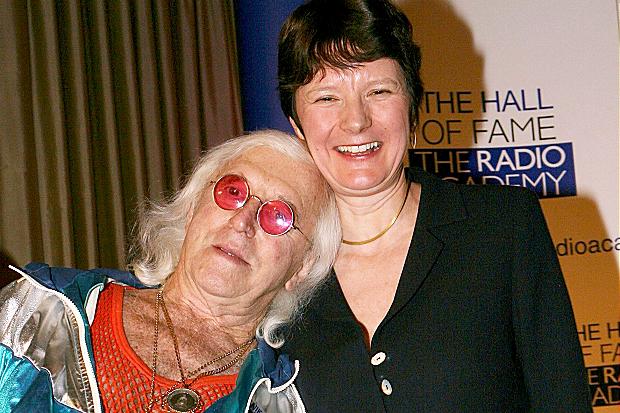