Swissinfo is reporting that Apple reached a deal with Swiss Railways about the use of their iconic clock face on the latest edition of iOS. 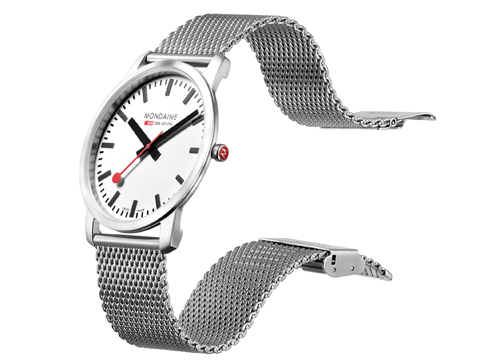 Swiss Federal Railways has declined to confirm the figure of SFr20 million ($21.09 million), reportedly paid by Apple to settle a patent dispute for use of the Swiss company’s iconic clock design in iPad and iPhone devices.

The amount of the settlement was widely reported, following a Swiss newspaper report citing undisclosed sources. “We also got the figure from the Tages-Anzeiger article,” Federal Railways told swissinfo.ch.

The settlement was reached in talks held between Apple and the Federal Railways in October, following the appearance of the clock face as part of the new iPad operating system, introduced in September.

“Both parties agreed not to reveal any further information on the extent of the agreement or any other details. That has not changed,” Federal Railways wrote in an email reponse to swissinfo.ch.

The Federal Railways’ well-known clock was designed in 1944 by Swiss electrical engineer and designer Hans Hilficker. Today the image is widely licenced. The watchmaker Mondaine received the exclusive rights to sell copies and watch versions to customers who wanted a replica of the design.

Mondaine was reportedly unaware of the deal the railway company had struck with Apple until after it had been agreed upon. However, Mondaine told swissinfo.ch that they are happy the design is now being seen around the world via Apple products.

“We’re proud that Apple has joined the club of good taste,” a Mondaine spokesperson said.

Apple’s new mobile operating system iOS6, introduced in September, has the Swiss station clock on the iPad to represent its first internal timekeeper, which can also serve as an alarm clock.

Actually, they could have done much more with their 21 million dollar deal - like making an iOS app which emulates the Stop-to-Go functionality that made the Swiss clocks so interesting. The second hand goes round in 59 seconds and then waits for a synchronising pulse that moves the minute hand and starts the second-hand again. Mondaine made a watch in the late nineties which emulated that movement. I bought one and it works perfectly. It can be a bit fiddly to set up so that the second hand stops at the top of the hour rather that at some other point on its travels round the face. That may have been part of the reason to discontinue the movement in 2001.

YouTube has a side by side comparison showing the difference.

Mondaine is also missing a trick.  The watch company that licensed the design from SBB has a flash app on its website (Flash doesn't work on iOS) and it doesn't stop and go like the "real" station clocks. Wonder who got fired at Apple for not clearing the design beforehand? 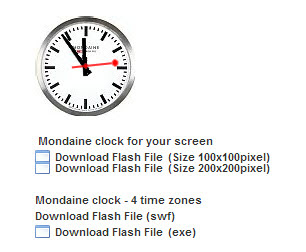 And SBB could make ALL their station clocks the same design for that matter.