Interesting to compare how BBC World Service is cutting back on the use of radio, whereas the UK military is pumping more money into this part of the military, despite major defence cutbacks. 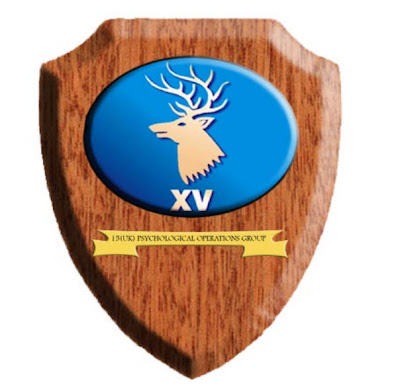 BBC Correspondent Caroline Wyatt wrote an interesting profile of Radio Civilisation (otherwise known as Radio Tamadoun by the locals) on the BBC website. These are the paragraphs that caught my eye. She writes...

The rights and wrongs of growing opium poppies may not be the usual stuff of radio station phone-ins, but Radio Tamadoun is different. In Helmand, a young DJ plays the latest Afghan music before inviting listeners to phone in with their opinions on everything from farming and local healthcare, to politicians and the government. Requests for songs can be left in a letterbox outside the military camp gates, and listeners are quick to complain if the station goes off air. Welcome to the world of psychological operations, and Radio Tamadoun, or Radio Civilisation.

The world of "psy-ops" has traditionally been a secretive one. Some think of it as propaganda, though it's a description that today's practitioners in the British military reject. But for the first time, the veil is being lifted a little, as 15 (UK) Psy Ops Group are awarded the Firmim Sword of Peace..(That award was established by British swordmaker Wilkinson Sword in 1966 . I'm sure there must be a joke about close shaves there somewhere: JM) .
It is being given to them for their work over the past six years in creating seven local radio stations across Helmand, which aim to promote civil society in an area of Afghanistan where more than 80% cannot read or write.
"Psy-ops is all about communicating with people around and on the battlefield, who ordinarily might not hear what's going on," says the unit's commanding officer, Commander Steve Tatham.
"Most of our work in Helmand is about talking to Afghans, and explaining and encouraging them to engage in the debate about what's happening in their country." He says local people know Radio Tamadoun is run by the international military force in Helmand, but insists that hasn't put them off.
Taliban phone-in


"No, just the opposite. Surveys have shown our radio stations are trusted and very popular indeed, because we're not frightened to engage in discussion about difficult issues.
"We will happily take phone-ins about the state of governance, and about security.
"In fact, the Taliban ring in occasionally and we will engage in debate with them. So this is not the old idea of a propaganda radio station - this is very free and fair discussion."
So what do the Taliban ring in about?
"They'll ring in and complain that we shouldn't be discussing issues. And they will make veiled, or sometimes less-than-veiled threats.
"Often they'll get engaged in forthright discussions with people, and it's very useful because very quickly the lunacy of their position becomes blatantly transparent, and it's an own goal for them."
In this war of words, though, the Taliban have also set up their own radio stations in Helmand and elsewhere, though most are speech radio, and consist largely of sermons or religious poetry. The Taliban may not call their operations psy-ops, but the insurgency in Afghanistan has its own methods of influencing people, from providing shadow governance, to offering Taliban ringtones for mobile phones, as well as sending threatening "night letters" telling people not to support the Afghan government or foreign troops.
For 15 (UK) Psy Ops Group, it's a rather different approach, and they say that what they produce must be both attributable and truthful, in stark contrast to the traditional reputation of psy-ops in the US and on the internet, where conspiracy theories abound.
They describe their work as being about encouraging "behavioural change", while the military definition of psy-ops describes such operations as a way of getting the enemy "or other target audience to think and act in a way which will be to our advantage". 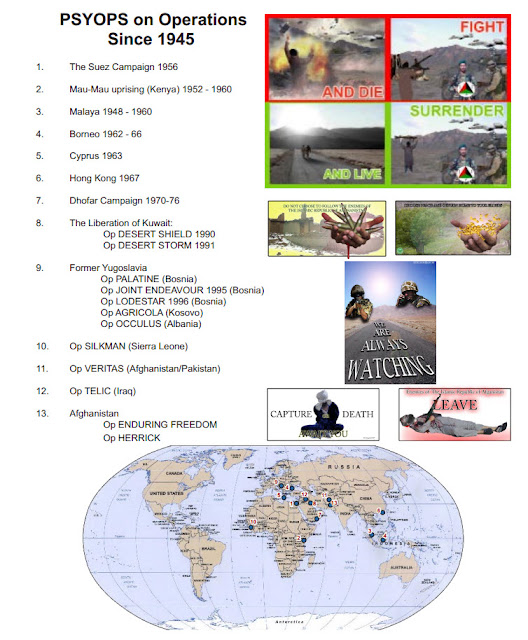 Lt Gemma Winterton, 30, is a Royal Navy reservist who has recently returned from six months serving in Helmand with the group. She ran Radio Tamadoun, as well as producing leaflets.
"It's about understanding behaviour and people, though we're not psychologists. One leaflet campaign, for example, was to teach people in Helmand - including children - not to pull improvised explosive devices out of the ground, because it is a real problem out there."
But for Lt Winterton, the most effective means of reaching out to Afghan civilians caught between the insurgency and foreign troops was by radio.
"Radio is incredibly important in Helmand, and word of mouth is one of the most effective forms of communication. The station is hugely varied, rather like a mixture between BBC Radio 1 and Radio 4, with pop music, phone-ins, discussions and debates."
Perhaps surprisingly, the audience were not afraid to phone in, even though they knew the Taliban might also be listening.
"Radio is anonymous," she points out.
"It allows people to express their opinions, and it is very much Afghans talking to Afghans. We might steer that gently. But propaganda is an old-fashioned term, and it's not one we would use. Psy-ops is believable and truthful, and not as sinister as the implications that come with propaganda."
Army Capt Kieron Lyons recently returned to the UK from working with the team in Helmand. He first came across psy-ops while on operations in Iraq. So how does he explain what they do?
"It is a way to create behavioural change, for example to get more people to come to shuras (meetings) in Afghanistan and support the military mission.
"I spent a lot of time planning the 'information effect' for large-scale military operations - informing the locals what we were doing, and what Afghan forces were doing."
But if persuasion is the aim, using words rather than bombs or bullets, how can the unit measure what impact their work has? Capt Lyons admits that is complex.
"For some areas, it is easier. For example, after our campaign about improvised explosive devices, the number of people ripping them out of the ground noticeably dropped, and so far fewer people were getting injured by IEDs."
"I think there has been recognition on the back of Iraq and Afghanistan that we haven't understood the human dimension of the campaign we are engaged in.
"We work intensively on trying to understand local populations and what motivates them."
He remains keen to stress that British military psychological operations are not propaganda. "I absolutely hate that word," he sighs. "The term propaganda is applied to untruthful past dictatorial regimes, which used media for their own devious ends.
"That's not the genesis of psy-ops. I know a lot of people on the web link propaganda and psy-ops together, but everything we do is perfectly truthful and perfectly attributable. That's cast in gold. A lie will always catch you out."

JM: comments. Similar conclusions to the philosophy of the BBC World Service. Independent stations are much more effective than one-sided propaganda. Since the only way forward is through some kind of dialogue, stations that just shout are seldom heard, especially when audiences have the opportunity to participate. I wonder if these UK military stations have any contact with the BBC Pashto service or BBC Media Action? I note that the extensive BBC Media Action report on Afghanistan doesn't say much about the UK military stations, more about the US.