Glow - Trip of the Light Fantastic? 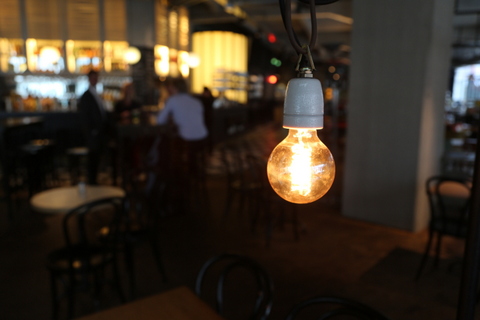 Today, the city centre of Eindhoven starts a week long festival of light festival. It kicks off every evening at 19.00. And because the city is being transformed into a design and high tech centre, it has good reason to put on a world class performance. There is huge competition for world class talent. The English language version of the Glow Festival seems to have been translated by chucking Dutch text into Google translate and hoping for the best. That's a pity because the history page doesn't do the story justice. It's origins are obviously because the Philips Lighting Division started in the city centre, though it's been many decades since the light bulbs were manufactured there. And now, despite the photo above that I took inside a restaurant called USINE - the factory, all lights outside are LED - not a filament in site. Have a sneek peek from the official video that students made last year.