Media Wars Episode 2 - You are my enemy. Pass the Sugar Please


This Second edition of Media Wars looks at the rather unique situation that Dutch broadcasters found themselves in at the end of the Second World War in the Dutch East Indies, today's Indonesia. It's ironic that Pim Rijntes was one of the first broadcasters at Radio Netherlands and took part in the last Dutch language broadcast on May 11th 2012. Interesting to contrast the different cultures. Love the story about how the year of 1947 started a little late. And how the technicians for the Dutch broadcasting network were lent to them by the opposition Radio Republik Indonesia. The programme also contains the voice of the late Gerard Mansell who talks about the challenges the BBC faced with credibility in Norway during the 2nd World War.

Check out this episode! 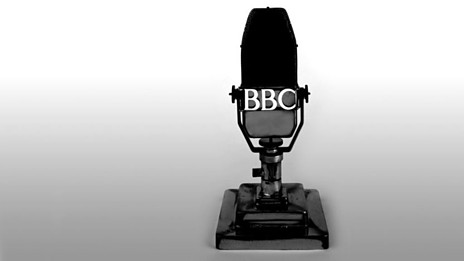 Coincidently, BBC Radio 4 is broadcasting a programme about revolutionary radio, which also contained a lot of propaganda of course. 11 UTC on Monday 19th November 2012. I think I recognise one of those clips from Radio Prague in 1945 shouting for help in English. It was on one of the Radio Prague propaganda records put out in the late 1970's. You can hear how I used the same clip here in a programme I made in 1988. 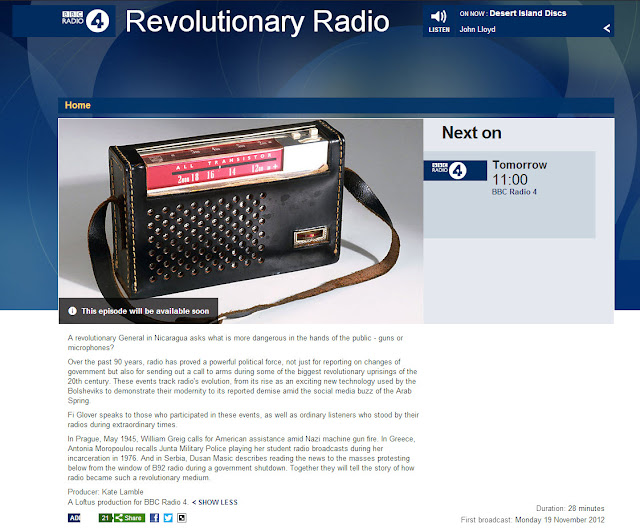