AM Radio begins the slow fade 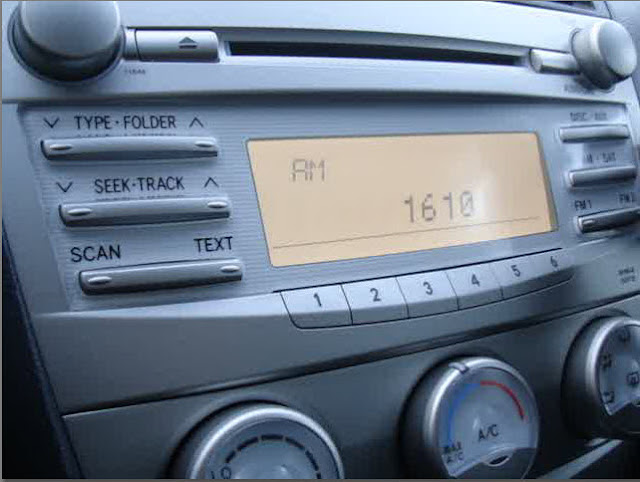 I note discussion in the US radio trade press concerned that Porsche has launched a new model including a car radio that no longer has AM (medium-wave) on it. Actually, this is no something new. The web is full of fixes and complaints that AM reception is not what it used to be. Actually, nothing has happened at the AM transmitter sites, except that in some cases stations are operating with reduced power to save on the expensive transmitter running costs.

The problem is that all kinds of devices in the car  are generating low levels of radio frequency interference right next to the antenna trying to pick up a relatively weak signal from a few hundred km away. And whereas these devices were often shielded with metal to prevent the noise getting out, metal is being replaced by plastic which lets the noise through. The results are horrible to listen to, especially with the engine running. The AM radio in many cars also has a rather narrow AM bandwidth filter, which makes the station sound as though the announcers are wearing clothes-pegs on their noses. I used to enjoy listening to BBC Radio 4 on longwave. But that stopped when I replaced the car and discovered the radio in the new hybrid Toyota had no longwave coverage. Mediumwave coverage was not an enjoyable experience. AM is on the way out, that's crystal clear to me. I note in the US quite a few local tourist information stations operating in national parks or low power stations giving traffic info. They operate on 1610 kHz. Wonder how that information is going to be delivered in the future?
Posted by Jonathan Marks at Friday, November 16, 2012

Email ThisBlogThis!Share to TwitterShare to FacebookShare to Pinterest
Labels: am radio, porsche

I wonder if new commercial vehicles are still being shipped with MW & LW radios and what the reception is like in these? I am no expert but I believe that tradespeople who use light commercial vehicles in the UK are big listeners to the talk and sport stations still on MW in the UK. I drove a new Mercedes sprinter at the beginning of the year when I helped my sister move house and it had a lovely radio in it, but I mostly used my MP3 player with a small FM transmitter for entertainment.

Now that we're in wintertime in the UK I have been AM dxing on drives in my own 2005 model Citroën C1; Deutschlandfunk on 1422 comes in well in the evenings for example, and the French stations on LW can be an interesting listen from time to time. Some european stations make it through but there's a fair bit of local BBC MW coverage as well as "Gold" and some Asian music stations alongside the nationwide BBC and commercial offerings.

My C1 came with a LW, MW and FM radio but as you mention on the AM bands the suppression of the car's own interference is very poor. I can hear the engine idling for example and certain frequencies just whine in harmony with your revs. The AM stations are tuned in steps too so you cannot easily dial in "either side" of a frequency which can sometimes be interesting. Incidentally FM selectivity is great and chasing sporadic E can turn a trip to the shops into an interesting journey.

But what is particularly poor is some form of coupled interference with the 12V supply. The radio comes with a line-in socket for devices like an MP3 player but on long drives you often need to power this with a 12V to USB adapter. When you plug in the device to the car's own power source the AUX channel picks up a very nasty high pitched whine from the car, as well as inducing noise from the player; very odd in a solid state device but nevertheless you can hear noises that correspond to changing folders and seeking tracks on the player. Balancing this noise against engine and road noise in the C1 makes it less of a problem since the car and engine are quite loud, and I favour rock music anyway, but it would not suit classical music for example.

AM reception is impossible if the player is charging incidentally. Of course this could be down to the 12V to USB adapter I am using (I've experienced the noise with all the MP3 players I've used), but it would be interesting to know if more modern cars with USB sockets built in have this setback.