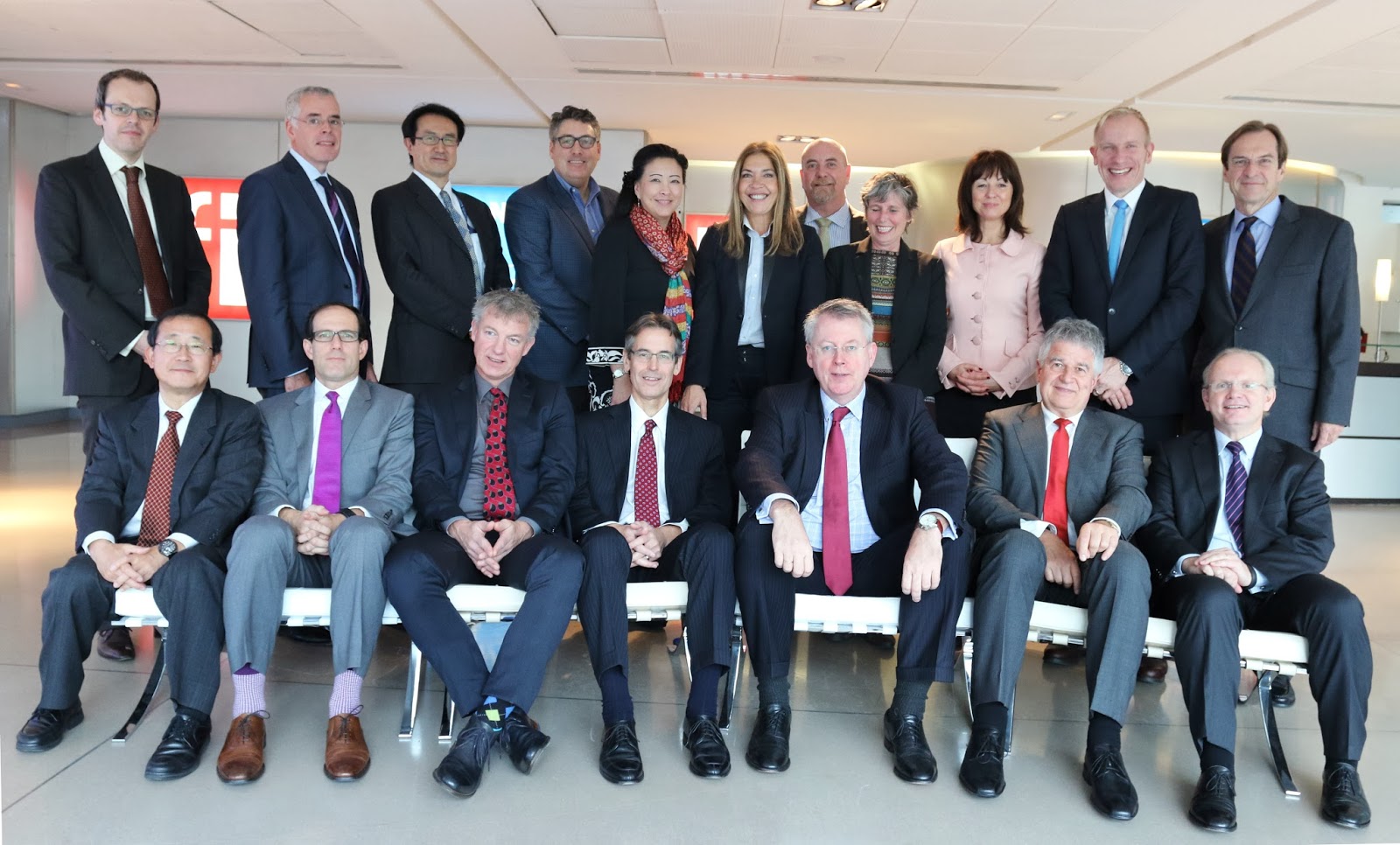 I think it is the BBC World Service - or soon to be. All the rest are government-funded international broadcasters. BBC World Service will soon be part of the BBC Licence Fee funding. Those of us watching this part of the industry are very curious to see what changes are on the horizon as result. This moment is both a big opportunity as well as huge threat to the station's existence.


In general, international government broadcasting is slow to keep pace with change. That's partly because these stations have huge legacy audio distribution systems which are expensive to maintain, as well as being difficult and slow to refocus when war, genocide or a natural disaster occurs breaks out. They are famous for setting up services after the disaster has happened rather than anticipating what information is going to needed next (look at what international broadcasting did just after the fall of Baghdad, or in Rwanda immediately after the genocide).

The US, in particular, still has a complex collection of government broadcast brands and is still wondering whether or not to keep shortwave as a distribution method incase firewalls prove to be effective. Ironically the US Broadcasting Board of Governors is financing the development of the TOR Project to provide anonymity online (read in countries like Iran, Ethiopia and China). And yet the NSA is busy trying to compromise the technology - looks increasingly likely that TOR has been broken. But I digress. But take it from me - it's a mess.

The BBC World Service has always robustly defended its editorial independence from government.

In 1982 this documentary about the service includes an interview with the Director General of the BBC World Service, Douglas Muggeridge. He points out that they got 70 million pounds a year and claimed the largest global audience.

The British foreign office was mean with its funding in recent years. But will the scandal-damaged BBC be much better as from April?

BBC World Service has reached a point when it needs to do some clear disruptive innovation with its audiences to adapt to a world that hates being shouted at. As we predicted, the BBC World Service is strong and fiercely independent at heart, which helped it survive an awfully painful re-organisation this time three years ago. But the signs leaking into the UK press would indicate they are now busy with purely economic innovation - still trying to do more with less. And that could be fatal in the long run.

It is tempting to dumb down or try and seek funding from commercial sources. The problem is that it's too much late for international radio. Radio Luxembourg, Atlantic 252, Sri Lanka Broadcasting Corporation All Asia Service, KYOI - there have been several attempts in the last century to sustain a service by advertising revenue from the target country. It worked well until satellite television killed it stone dead.

The BBC has tried inserting very short advertising blocks on its FM transmitter in Berlin, following a model that worked for a private group relaying the BBC in Auckland, New Zealand. But the advertising income from speech radio is never going to support editorial production costs. The sums just don't work out.

For the most part, BBC is unlikely to get funding from advertisers in its services to difficult countries. If the UK, as a nation, wants to share an audio message with audiences in Iran, Sudan, Somalia, Afghanistan, Central African Republic, Zimbabwe, etc, it is going to have to foot the bill itself. Business in the target area isn't going to pay. Commercial radio exists to deliver audiences to advertisers.

BBC World Service has built its reputation in many target areas on its independence from funders. For me, it's strength has always been in its investigative reporting and analysis. Radio can often go where cameras fear to tread - people in many cultures open up when there's no danger of them being seen by nasty governments on Facebook.

But I am worried. The Independent reported on January 5th that

In a letter sent to a member of the House of Lords, the Director of the World Service, Peter Horrocks, has also revealed plans to use private funding to support the prestigious radio network which began as the British Empire Service in 1932. "The BBC Trust is considering proposals for a wider commercialisation of World Service, which might involve launching new language services, if they could be commercially self-sustaining," he told Lord Alton of Liverpool.

In a different part of the BBC empire, The Independent on Sunday has seen an internal BBC communication which encourages journalists working on the BBC World News global television operation to follow a supposedly more female-friendly news agenda, with more stories on "fashion" and fewer on "politics".  The newspaper quotes from a newsletter to staff in which Mr Horrocks said: "This is not just about stories about women and for women. There are also many men who don't always fully connect with an agenda that can sometimes be too dominated by conflict or politics."

Staff believe that the shift in emphasis is partly designed to attract more advertising clients to the BBC, which relies on commercials on its television channel and website outside the UK. Latest accounts show that BBC Global News Ltd made an overall loss of £800,000 last year, with £21 million of costs incurred by the UK operation being mostly offset by advertising and sponsorship revenues made overseas.

The BBC has been experimenting with advertising on the Berlin FM radio output of the World Service. It said it had not received complaints from that network's audience that the commercials impinged on the quality of the output. Advertising has also been introduced into the Spanish, Arabic and Russian language editions of the BBC website.

In the window of Bush House, there used to be a poster saying that audiences were at the heart of everything the BBC did. That was the most powerful statement the station could make. Because government broadcasters listen to the politicians that fund them - never the audience they are set up to serve. But direct broadcasting to overseas audiences is phased out and replaced by co-productions with local partners, there's a danger that the voice of the audience is being filtered out.

I personally hope that BBC World Service decides to engage much more with its overseas audience in this crucial period of change. Radio 4 has the Feedback programme. There has been useful debate on other UK sites where the future of the BBC has been discussed at length.

Despite its change to more of a production house model, BBC World Service is still very much a broadcast service, doing things for listeners rather than with them. As a listener, there is not much I feel I can do to influence what it does as a station. They only have a 9 minute "Feedback-like" show called Over to You. It is so condensed that it sounds more like the old BBC's TV Points of View. A listener makes a point, BBC producer defends the position, balance is restored, end of conversation.

Jewels in the BBC World Service crown have been replaced by audio versions of BBC Breakfast Time (at least that's what NewsDay has sounded like to me from Day 1).  They made the classic mistake of trying to combine programmes across a dateline and target areas that have vastly different broadcast cultures. The faint calls of criticism from the audience are quickly extinguished.

I feel the audience research panel is being managed by people who don't listen to BBC World Service radio output themselves. And if they don't ask the right questions, they will never be able to innovate and adjust for the next set of changes. So will those in the audience who care about the service get to have our say? Does World Service want to listen? And when will the disruptive innovation resume?