Dutch Railways Melts Down Yet Again

The sheer incompetence of NS and its failure to run a railway system on time beggars belief. A derailment on the line between Hilversum and Naarden Bussum on Wednesday of this week has meant a fleet of busses is used between the two stations since then. NS advises you to check train times before departure. I stupidly trusted the combined travel service called 9292.nl. At 0730 today they were still showing this as an option. 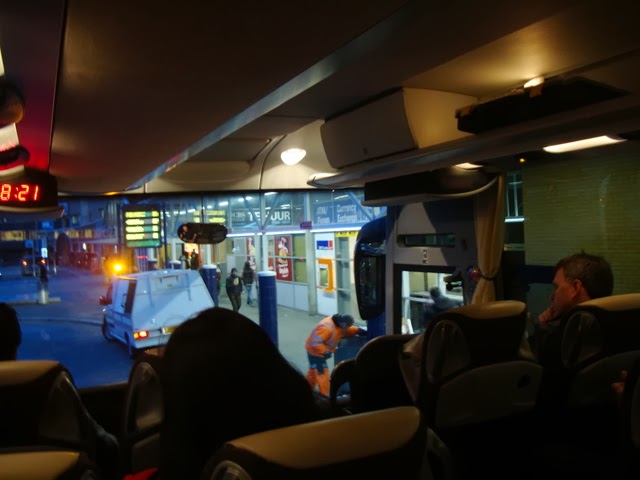 Sheer chaos at 0814 in Hilversum station. No information. Just touring buses outside.  No information in the bus - just a request to take newspapers with you ! No announcements in Naarden station either. No coffee. Not a word of apology for inconvenience caused.

I'm afraid this is another in the long line of stories. Dutch railways seem to be totally absorbed with expanding and refurbishing their empire of railway stations. They spare no expense installing useless creature comforts (the outdoor electric heating on station platforms is my favorite. A tower with 5 volt USB sockets to charge an empty phone would be far more useful).

Meanwhile the trains themselves are overcrowded, cancelled at short notice and expensive for the service offered. It has reached a point where I avoid them, if at all possible. It's becoming a national disgrace!

End of rant. You can now resume what you were doing earlier.