Insights on Disruptive Innovation 20 Years Ago

It is exactly 20 years ago to the month when, as Programme Director at Radio Netherlands, I worked with interim Director General Bart Gribnau on a drastic re-organisation of Holland's external services.

In today's terminology we would call it a pivot. In those days it was called a re-organisation. I believe the reason it worked against all odds is because it was an example of disruptive innovation. In 2014 I keep seeing other industries who urgently need an impulse of this type if they are not going to go the failed route of Blackberry, Nintendo.

Being Programme Director at an international radio station is an impossible job by definition. You're always going to take the wrong decision for someone. Because of your heritage, there is always at least one culture that "you don't understand". I believe the reason the process succeeded is because we saw that risk-taking disruptive innovation was the only way forward. And that in The Netherlands which seems to have the highest number of insurance companies per capita.

In 1992, Radio Netherlands went through a top management crisis. Two directors had completely different visions on the way forward. They stopped talking to each other and the rest of the company. An alarming note appeared on the company noticeboard outside the canteen announcing the problem. It was really a cry for help. The Chairman of the Board of Governors, Hans Hoefnagels, stepped in when he saw this very public disagreement was opening a wide door to the wolves outside just waiting to grab the station's operating budget for other purposes.

He appointed interim director Bart Gribnau to lead the process. He spotted me as someone passionate about effective broadcasting and eager to develop a different path to benefit as many as possible.
They took an enormous risk. I wasn't a Dutch national. I spoke a form of Dutch that others could understand but my written communication was always in English. No other international broadcaster in the world had a foreigner in charge of content. But I did know how the system worked and I'd made several documentaries investigating the rise of Dutch international broadcasting in the 1960's. I knew the company's strengths and weaknesses from the inside. The weekly Media Network show gave us an overview of what others were doing. But perhaps, most of all, I believed there were enough raw talent still on board to ensure a tipping point. And besides, there wasn't a Plan B. Calling in McKinsey would be like waving a white flag and waiting for the wolves.

What we did was analyse the big picture. What were the other players doing? (They were stations like BBC World Service, Radio France Internationale, VOA, Radio Liberty, Radio Beijing (now China Radio International), and Radio Moscow World Service. We mapped out what each were doing into a large table, point by point. And then we made a conscious decision to do completely the reverse.

We took a long hard critical look at the assets we had on board. We assumed the worst case scenario; that we had lost most of our shortwave audience to competing technologies like FM local radio, satellite TV - in-fact anything that took away people's time. So we had an opportunity to reboot under the radar.

I'm grateful that we didn't try to make things "better". Incremental innovation only works to a point. Then others come along and take everything away. Fortunately, we didn't have the resources to make a better product than our colleagues. We were already operating on very thin production budgets. People couldn't do more, faster.

We needed to look well outside our own building for inspiration. We needed to rediscover areas of the world where we could make the biggest difference.


We found it first in places like Latin America and Francophone Africa. Timing was everything. We anticipated the boom in independent local radio and what it would mean to local communities. We partnered immediately, discovering we had already established a reputation for being different. We weren't like the "big guys" looking for local stations to simply relay their message from a long way away. The Dutch were not the former colonial power in these regions, there were no plans to teach languages or spread a particular way of thinking. Then, back inside the broadcast centre in Hilversum, we looked at how we could do something completely different.

Some found it curious that we were not trying to identify people in the building who "made the best programmes". The truth is, discussions about quality are meaningless unless they involve listeners. I was looking for disruptive thinkers and doers. I found allies by watching them work in their own context.

Soulé Issiaka was a young influential intellectual from Benin. A radio man through and through, he was creative, chaotic, but razor sharp in knowing how to better the lives of his people. A born networker, he could and did open doors across the African continent. I had every reason to trust him.


We could see that other international broadcasters were working in competition with local stations. So was there another way?

We talked with hundreds of local FM stations to understand their role in society. One station operator from Northern Benin inspired me in particular. At the time, Aimé Béhanzin was managing Nanto FM, a community station on a hill with a commanding view overlooking Natitingou.
"We've seen horrific use of radio in Rwanda (1994). An estimated 800,000 people have been killed through hatred broadcast by stations like Radio Milles Collines in Kigali. The perpetrators knew exactly how to manipulate the medium. They didn't use bullets. They isolated communities by using FM radio and only local languages. In effect, they put a community into solitary confinement - the worst form of punishment you could think of. Of course people look to violence as a means of escape".


The station manager then explained their approach was to do exactly the opposite. "We're using radio to build a dialogue. As long as there is conversation between people there is hope that we can live in peace, build businesses and prosper. Community radio crosses political boundaries that we didn't put there - Our FM transmitter can reach people with the same cultural background in Nigeria. This area of Africa has hundreds of languages. Radio is the most effective way of building conversations that bridge societies. We can change more by being relevant than by simply being powerful. You call us "community radio" in the West because of our size. In fact we've discovered that community radio is far more influential than any voice that comes from the capital. It's in a context that people can understand." 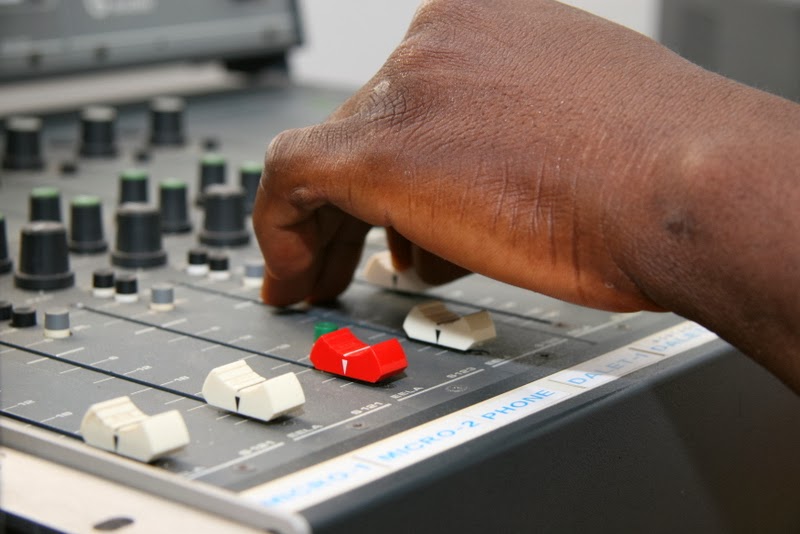 Radio Netherlands closed French shortwave broadcasts to West and Central Africa in September 1994. It was a tearful farewell. But it liberated resources and new ideas blossomed fast. It took us two years to open a production office in Cotonou, Benin. By that time we'd turned everything around. Hilversum was contributing to a local network of 39 stations. We focused on programmes about women's issues, (cooking, entrepreneurship, social issues). We had a great set of science programmes that had been dramatized. Our goal was simple: we wanted to be a catalyst for a conversation. We cherry-picked relevant resources from Europe and across Africa, and we made it easy for local stations to adapt our content (in French) into far more popular local languages. We didn't need to control - we needed to make more effort in making valuable contributions.

It was a similar story for Latin America, who infact had a head start on our African colleagues. They were already feeding several hundred stations across Spanish speaking parts of Latin America. The concept was similar. Understand the audience of the local station. Work out how our work could contribute to a better informed audience. The fact that a foreign broadcaster was interested in how local communities in Latin America were tackling health issues like AIDs often made taboo subjects into discussion points. Always ensure the partnership is a win-win for both sides. We made short series with active partners. We had the most success in live programming. Shortwave was retained for Cuba, but in fact we knew that the reach by working with partners was far more effective that shouting on crackly shortwave wireless.


Twenty years later, I see the Voice of America has recently discovered our strategy was right. I would argue today that we were doing an early version of the Lean Startup Methodology, exchanging the word "customers" for "audiences".

This disruptive approach created different jobs and certainly a new meaning in what we were trying to do. Two decades later I see similar processes as being the only way forward for clever tech companies who want to game change a different market. Media platforms are vastly different. But the process is as robust as ever. Want to know more? Then get in touch. There are plenty of insights we can share.