Where is the audience? Deutsche Welle celebrates 60 years on the air

I've been involved in international media for longer than I care to remember. I've organised and led several broadcast anniversaries, which is a natural time to reflect about why the mission is still relevant. I've learned very quickly that do this effectively, you can't do this on your own. Great radio and TV stations put the audience at the heart of everything they do. Which is why the 60th anniversary of the Deutsche Welle in Bonn is so intriguing.

On this day when press freedom is in the media spotlight, I find it fascinating to observe how the Deutsche Welle is presenting itself to the world. Because it is also DW's 60th Birthday today. And they are one of the largest international broadcasters in the world. In 2011 their annual report showed an income of just over 302 million Euro. That still means DW costs that nation 840,000 Euro a day.

Most of the branding and the stories about the anniversary are in German, since the stakeholders who finance the operation (the German government), need to be briefed on what they getting for this funding. I understand. But I presume the pages in English are targeted at the audience. But are they? 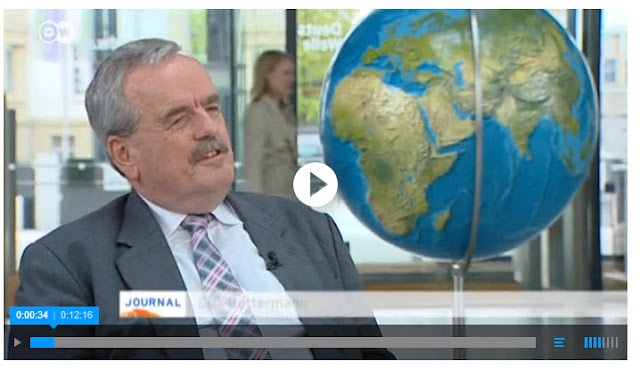 There's a rather strange interview in German (dubbed into English) with outgoing DG Erik Bettermann sitting on a chair in the entrance hall of the vast DW complex just outside Bonn. Don't they have any studios any more? It doesn't do justice to the man who has actually led the DW through its most difficult period since the first broadcast on May 3rd 1953. He hopes to integrate the external broadcaster into the public fabric of the German broadcast system by the end of the year. 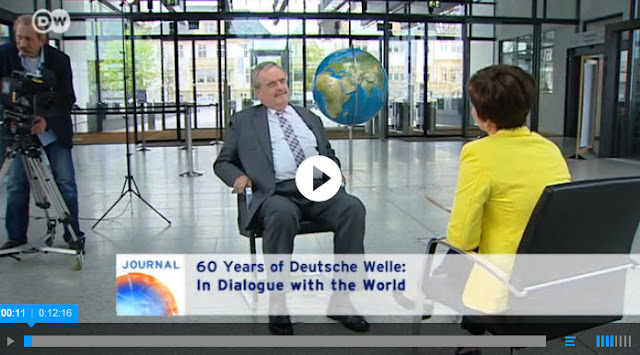 I note on the English webpage that the audience has now become a list of 'users', some of whom have sent in testimonials. But I observe that no-one is talking about the great programmes they have heard or seen that have impacted on their lives or that they remember hearing. There is no mention of personalities that people recall - programme hosts or great events that you remember when someone says DW. Either they don't exist - or DW staff don't know how to find them by doing more than asking for testimonials and photos. 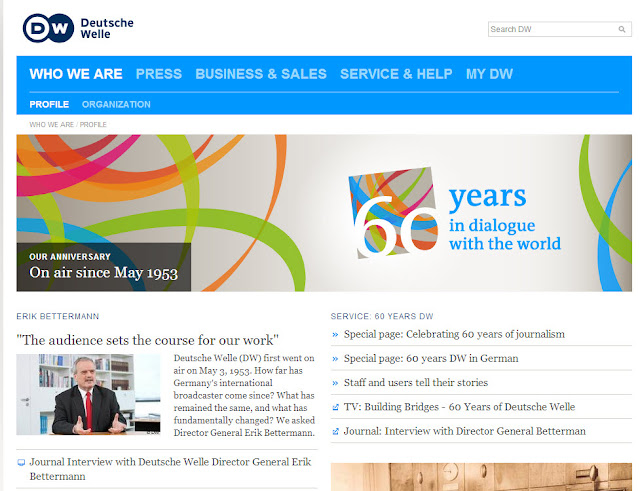 DW isn't the only station that has had this difficulty. I remember doing a profile on NHK Radio Japan back in 1985. They were celebrating the new NHK by getting members of their foreign language staff to sing songs in Japanese. It was light hearted and fun. But it had little to do with tracking the story of Japanese soft diplomacy since Radio Tokyo. I got some recordings to make my own documentary for Radio Netherlands, but only by promising not to reveal my sources.

Contrast this to what Radio Australia and the ABC (Australia) did to celebrate their 80th. 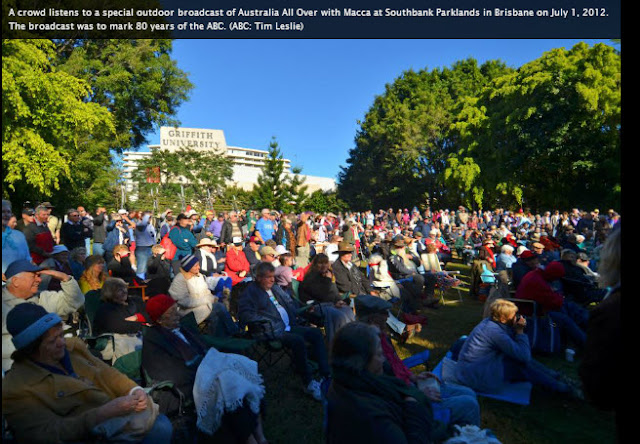 Or the great listener archive project that Trevor Dann is running for the BBC.


I think Bonn and Berlin (for DW is in both cities) are missing an opportunity.