There's an interesting discussion going on in the local on-line "newspaper". Local politicians are asking why foreign tourists don't venture out to this part of North Holland, visiting the sights in Hilversum. 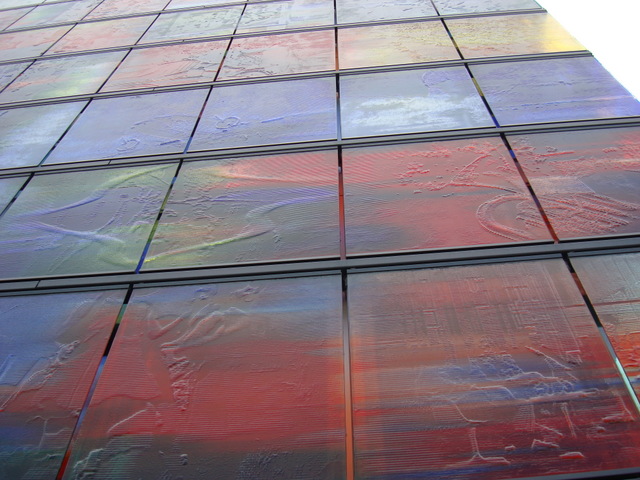 After all, the National Sound and Vision archives have spent a lot of money making a giant exhibition at the front of the media park in Hilversum. It is a sort of media fridge, since thousands of tapes and discs are stored there under controlled conditions. As a foreigner, the challenge I find with the place is that it is celebrating a rather narrow era of the past, television of the last three decades of the last century. I helped with the opening of the media experience in 2006 - made at the dawning of Facebook and well before Twitter. Wandering around again recently, the collection has aged rather quickly...starting to regain the broadcast museum feel. You won't hear about Spotify, Soundcloud, or Tumblr.  Still, the spot attracted 251,000 people to Hilversum last year. There has been a major exhibition about Dutch comic Andre van Duin - though his name means nothing to people outside the country.

Hilversum is a name associated abroad with old radios, nostalgia, and the past. National Sound and Vision is not accessible for foreign visitors because they have never watched Dutch TV and they don't recognise the stars. Hilversum has not answered the reason WHY people should take the train from Amsterdam or Schiphol when they have no connection with what is on offer? I have respect for the culture they're trying to share but anyone from the outside sees immediately why it isn't working.