Is there Wisdom in the Creative Cloud? A Crisis is Building

There is a crisis starting to develop amongst those who realise what is going on in the professional video editing software industry. Apple messed things up big time when they introduced Final Cut Pro X last year. The program wasn't finished, totally changed the workflow from previous editions and rendered previous projects unreadable. I bought it, played with it for several months in between other work. But it didn't work for me. In the end I took it off the machine. What a waste. Remember the comments on the Conan O'Brian show? They reflected exactly way the way I felt.

Final Cut Pro X was my worst experience with Apple ever. I advised my clients to either wait or switch to Avid or Adobe Premier, which is part of the Adobe Creative Suite (along with After Effects, Photoshop, etc.)

Now it is Adobe that is taking things in the wrong direction. They have announced that their Creative Software is moving from something you buy in a box and install to something that is in the cloud and which requires a monthly subscription. Fine for film production companies. A disaster for small companies and individuals who are now required to pay 46 Euro a month per user for the privilege of using the Adobe software Suite, or 25 Euro a month for a single application. So I can rent my software for the rest of my production life?

I look at production software rather like a carpenter looks at a hammer and a saw. They are the tools of the trade. I want to own them and decide when I need extra functionality  I definitely don't want to rent them.  I will only do that for (utility) services. I don't care if Adobe gave us an option for the cloud. But they have made it compulsory. Adobe is offering me functionality I don't need (I don't have the broadband speed to make it worthwhile shifting around huge video files during production. And I'm only processing video on terminals that are connected together).

So no upgrades for me... What's next? Something else. What have others decided to do? 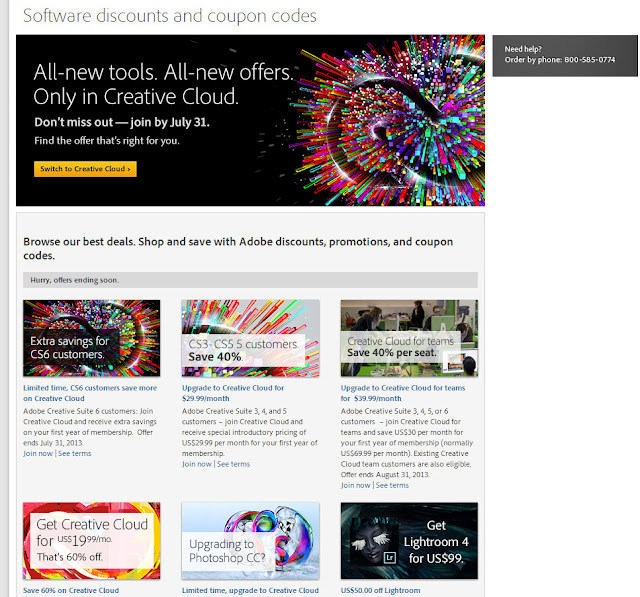 
Long time friend and broadcast engineer, Bill Pasternak, sent me his take on things this morning.


Just finished reading your Critical Distance post on finding a replacement for Final Cut and Adobe Premiere.  I agree with you that Apple has literally lost sight of its professional customer base and Adobe is
-- in my opinion -- simply trying to milk their customer base for every penny it can.  However there is another -- albeit somewhat expensive alternative -- that being AVID.

I have had more than a bit of an acquaintanceship with AVID.  Back in the 1990's when it was first becoming popular with ver 2.4, I took my first combined "installer/servicer/editor" training -- at my own expense -- and -- for lack of a better term -- have been an "AVID person" ever since.

Yes, Final Cut was was good until Apple decided to take it from a Pro product and turn it into a consumer item.  And, typically, Apple ignored the needs of those who use the product on a professional level and making it clear to the pro community not to hold its breath.  Some edit / post production houses that are Final Cut based, are stuck with no way to upgrade.  Others are making the big and costly conversion to AVID because right now its the only product that will do the same or more than Final Cut.

Adobe Premiere was never an important product in the pro U.S. film and television market. Mostly used by wedding and event videographers, but not with anywhere like the penetration of Final Cut.  Where Adobe will really loose out is to the Pro still photographers who require the latest versions of Photoshop.  Lots of grumbling there and lots of folks already looking for a purchasable substitute.  And I suspect that with a market potential that big, some company will come along to fill this void leaving Adobe to "lick its wounds". I suspect that's going to be the outcome as its user base rebels against their new cloud based business model.

So on a professional top-tier video editing level, that really leaves AVID and all the lesser-accepted Pro level software such as Sony's "Vegas Pro" and "Maqix Video Pro" and the like -- all of which have little following in Hollywood, Chicago and NYC -- which in the USA are the post production markets that matter.

What I suspect is going to happen is that Sony will make every effort it can to scoop up the unhappy Adobe customers as AVID has by doing by going after the disgruntled Apple Final Cut users.  While more expensive that Final Cut, AVID Symphony 6.5 (and the top end Media Composer 6.5) are software purchase based and are responsible for an estimated 85% or more of what is seen on video based U.S. television and other entertainment outlets.  And AVID has provided excellent support to the film and television industry since Day One, which in great part accounts for its long term success.

However, AVID at this high-end level is not cheap.  That said, most editors I know prefer it to anything else available here in the USA.