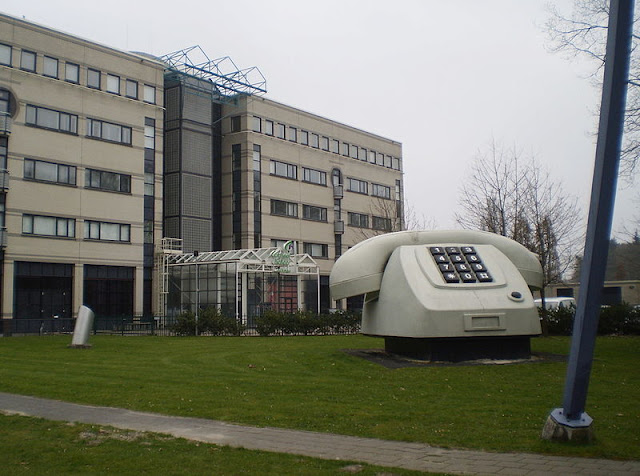 One of the largest insurance groups in the Netherlands proves that a good slogan never dies, it just gets passed on to the next generation. "Time to call Apeldoorn" is an example I use a lot in workshops.

The slogan has been in use since 1986 by the Dutch insurance group Centraal Beheer Achmea. The company moved from Amsterdam to a futurist, specially designed building in Apeldoorn at the start of the 1970’s. Once settled  they decided to use a 3 word slogan to highlight where the company was located and the fact that they were offering their insurance policies over the phone.

There’s a special website with a collection of the different TV and cinema commercials that have aired over the years. The story is always the same. We see the set-up for what is going to be an incident in which it would have been a good idea to be insured. We never actually see the accident – it always cuts off before.

The campaign was suspended for much of the summer of 2009, following an attempted attack on the Dutch Royal Family on Queens Day while they made their official visit to Apeldoorn. Seven people died in the attack, including the perpetrator. Centraal Beheer waited until the year after before resuming the slogan in TV commercials.
This year, perhaps because of the release of the 3rd Hangover film, the incident is connected to the Eurovision Song Contest….always good for a laugh. We see the Dutch singer Anouk. And most people know that this year’s contest is coming up in Malmo Sweden in the middle of May.