Lessons from America - Freedom Of Speed isn't clear at all

At TheNextWeb at the end of last month, the new king of the Netherlands, Willem-Alexander, said that he hopes country will lead the way in attracting Internet businesses to choose this country as the place to start a smart business. "If we don't lead, we're nowhere".

The Netherlands, after all, has the connectivity. But does the population have the understanding of speed?

Frankly, we don't. Because buying bandwidth is a bit like buying an alkaline battery. You never really know what you're going to get.

Since the end of last year a company called Reggefiber has been trying to get everyone in our neighbourhood to sign-up for glassfibre Internet connections. They copied the concept that Google is using in Kansas City - if a certain percentage committ to the new fast glassfibre, then they will lay the cables to the residential areas concerned.

The only challenge is that the offer in my neighbourhood is absolutely not clear. There is a local shop which has a few Internet terminals there. And one person who is advising you on the various plans being offered by competing operators. They walked me through the plans. But they couldn't tell me when it was going to happen because they haven't laid the fibre to the homes yet. I note that the thresholds in the US (10% have to sign-up) are much lower than here in Holland (30% needed). 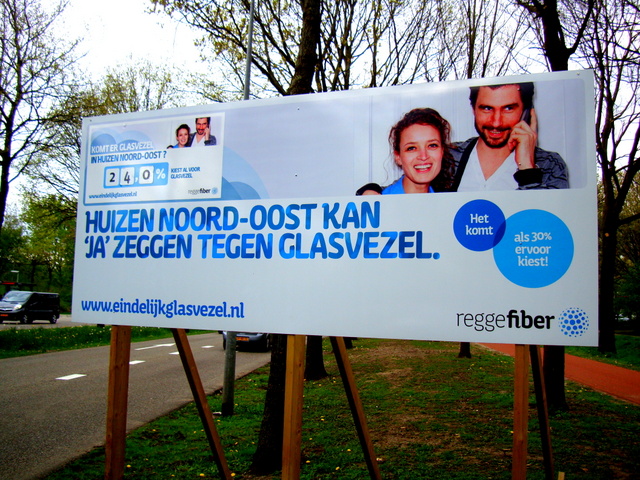 There's been a sign at the entrance to town for several months now. And a letter in my mailbox keeps extending the deadline. But it looks to me like the required 30% sign-up isn't going to happen within the deadline of the end of the summer. 22% signed up before Christmas 2012. 5 months later, the number is up by just 2%. You can't easily read the number from a passing car - so I fear the Reggefiber guys are heading for an embarrassing failure. I'm being asked to go out to persuade my neighbours to sign up. But the story to pass on is far from clear.


So why isn't there a rush?

For a start, we're in the middle of an economic meltdown, the likes of which have changed the priorities for most people. Chord cutting and newspaper cancellations have never been higher.

And for the kind of Internet services most people use, the download speeds are perfectly adequate. I have 8 MB/sec. I know that's slow compared to parts of Amsterdam 30 km away. But I also have satellite TV which delivers a crisp clear picture on over 200 TV channels. So my hybrid solution suites me fine for now.

Turns out that my download speeds are pretty average. According to Akamai’s Fourth Quarter 2012 State of the Internet report, the average download speed in the Netherlands is 8.6 Mbps (megabits per second). South Korea continues to have the highest average connection speed at 14.0 Mbps. Japan (10.8 Mbps) and Hong Kong (9.3 Mbps) complete the top three.

But I am also investigating starting a business where I would need a lot of upload speed. Currently that's abysmally slow via ADSL. (see above). So what is Google offering?

The answer is that their Gigabit Internet package is about 116 times faster than what I have, for a price that only a little higher than what I'm paying now. 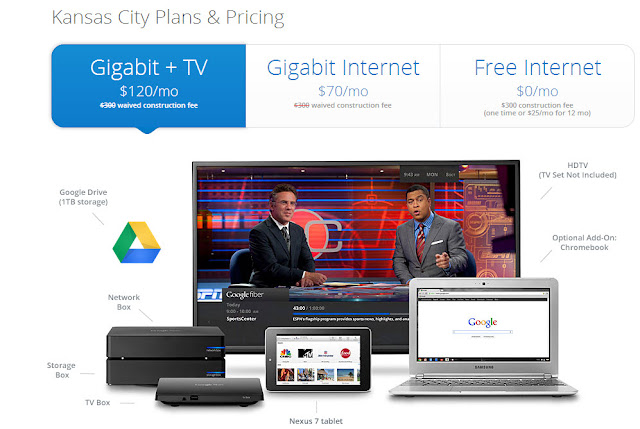 New York-based Bernstein Research announced through their PR bureaux on Monday (today) that in their survey of 204 Kansas residents, 52% would definitely or "probably" sign up for it. 19% were not interested. For some reason, Google hasn't added a VOIP phone service as part of the package.

Frankly, I don't trust these surveys when people are asked about things they don't yet have or really understand. This happened ages ago when people were asked if they would buy a digital radio - at a time when they cost 400 Euro. Surveys were positive. Eventual sales were very disappointing until the price dropped. It is so easy to say yes.

So what does Holland need to learn?

That it is not about speed. It's much more about fast access to relevant stuff. In that respect, the Google campaigns in the US to get local businesses on to the web are desperately needed here. And with stories told by local people who have seen their business grow.

The cable providers can make all the commercials they like. But their stories are always about how easy it is to connect, rather than a clear explanation of the benefits. And the US still has a long way to go. 58% of businesses are not yet online.

A few years back a Dutch fibre provider organised a rather laconic race to explain speed. Who could get 8GB of data from the East to the centre of the Netherlands the fastest: UPC cable, or the Fibre provider? They made it rather like a TV reportage, except that its quite obvious that the pigeon that leaves Nijmegen is not the one that is shown arriving in Zeewolde. 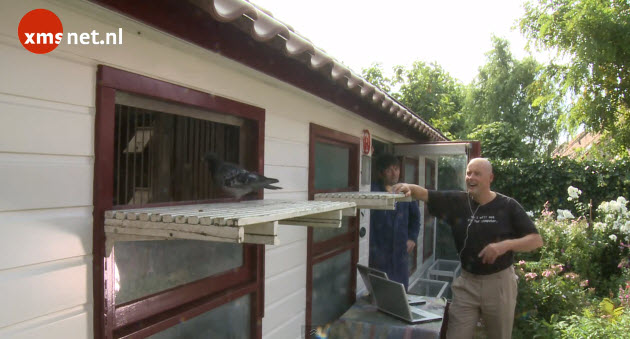 So will I be able to start my Internet business in Huizen by the lake? I'm beginning to wonder....

Fiber to the home..with tv and portable devices. FIOS in the northeast US where available. Very fast up and down. I can pay more for Quantum which is 50 down and 25 up but the computer maxes out around 10 up..so..,