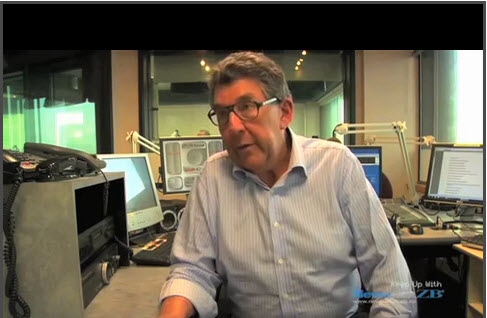 Sorry to hear that broadcaster Paul Holmes has passed away. Knew him in the 1980's when he worked his way as a freelancer through Europe, doing all sorts of crazy things to see the world. Worked at Radio Netherlands for a while (covering the Paralympics) as well as at Blue Danube Radio and Swansea Sound. Then he returned to his native New Zealand and became a TV star and personality. Larger than life character. Added a little spice in the world and really woke up presentation styles on commercial radio.

Thanks to Bryan Clark in Auckland for passing on the news. He was a faithful contributor to Media Network in the latter part of the show's history.
Posted by Jonathan Marks at Thursday, January 31, 2013