Be better prepared for the worst - then hope for the best


It's going to be a really tough one - for those who do nothing. But one filled with opportunities to bring about much needed change in society.

I've been asked to contribute some media predictions to the great Nic Newman list, published by each year by a digital strategist I admire. Decades ago I worked briefly with him when he was also a producer at Radio Netherlands, before he pursued a career within the BBC, shaping much of its early online journalism, especially in BBC World Service.

So what do I expect for Dutch media in 2013? For a start, I think you need to look beyond broadcasting. 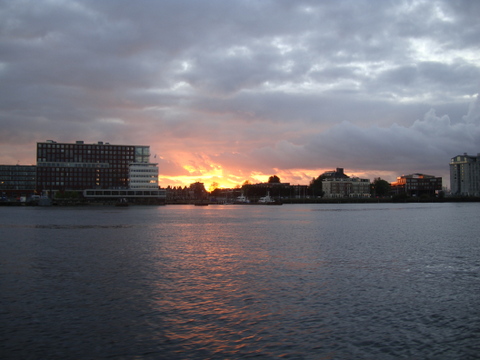 I think the city of Amsterdam has the opportunity to establish itself as a leading smart city, setting an example of how life will develop for cities of around 1 million. These cities have a completely different set of challenges to London, Tokyo, Mexico City, and New York. So rather than play the smallest of the megacities, why not lead in one of the largest of the medium-sized smart cities? Having superfast connectivity to the rest of the world and plenty of the right infrastructure in place (or nearly ready) means there are no technical blocks in place. 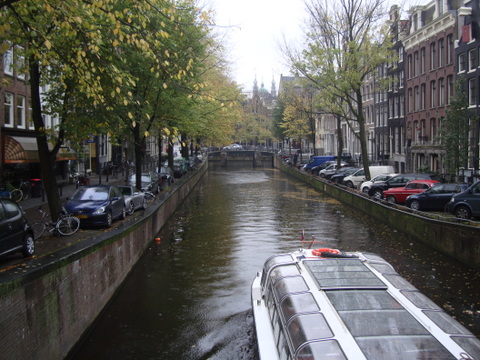 The only barrier may be international ambition. Things have to go very seriously wrong in the Netherlands before the phoenix rises from the ashes. Life in small countries can become very parochial and laid back, especially when times are tough. And I would argue we're only just entering the worst of times to come.

The current tendency in the Netherlands is to become very inward looking. And for a small country that's made its name from trade and tourism, now is not the time to be shouting If it ain't Dutch, it ain't much. Especially when you haven't been watching the fierce competition from neighbouring countries. While it is a great place to try things out, the Dutch market isn't big enough to support many world class business models - in splendid isolation.


The Mistier Side of Things

The city of Amsterdam experienced a creative boom before the first Internet bubble burst around 2002. Several US companies invested in the West Coast (of Europe) city, partly because it has a similar creative culture to San Francisco and Palo Alto. But the guys in Amsterdam didn't read the excellent history of Silicon Valley by Steve Blank. Because it was the military not VC's that funded Silicon Valley. In Silicon Polder they made the mistake of assuming people would stay when the party was over. They overdeveloped office space in parts of city that do not attract creatives. The office blocks surrounding the AJAX football stadium may have attracted some of the banks, but staring out at someone else's car park is not inspiring at all for creatives.

The docklands area to the East of Amsterdam Central Station, on the other hand, look set to become the real creative centre of the Netherlands. It's a healthy mix of design agencies, where Holland has world class talent, and a thriving startup community, which is also moving in the right direction. That's because it's open to attract world class talent, through schemes like Startupbootcamp. Local talent is welcome to apply, but the bar is set very high. Disclosure: I'm actively involved in selecting companies for the next series of programs, and I've been amazed at the talent that has pitched to the team of mentors and investors.

I've also been impressed at the city of Eindhoven, which is fast becoming a high-technology hub, reinventing itself after Philips exited the city, leaving a wasteland of empty factories. Whilst there are high-tech companies on the outskirts of the city in the High Tech campus, they are also re-thinking the city centre, encouraging design studios and artists. They are one of the candidates for European Cultural Capital in 2018, and I hope they pick up the award when it is decided later this year.

I expect an entrepreneurial triangle to emerge between Amsterdam, Delft/Leiden and Eindhoven, because the life sciences and high technology sectors are great at developing next generation technology but poor at telling the story. When prodded, they come up with the reason why it is so important. Behind every great inventor is a brilliant marketeer. Apple wouldn't have been able if Steve Wozniak hadn't teamed up with Steve Jobs. In these days where every company is a media company, a bright idea is not enough.

Biggest loser for 2013 has to be the media city of Hilversum. It built its reputation in an era of scarce distribution (remember when it was a name on the radio dial? - no, most people don't). Its boom period was the 1980's and early 1990's when big game shows drew huge TV audiences and formats developed in Hilversum sold very well abroad. They were bussing the Germans in when a VAT advantage made it cheaper for RTL to produce in Hilversum rather than Cologne.

But the mistake was to rely too much on the broadcast model, when it was clear at the start of 2000 that the future was broadband not broadcast. Both broadcasters and politicians defended an antiquated system of public broadcasting for decades over it's sell-by date. And now, with another 100 million coming off the public service broadcast budget, the ivory towers are crashing down. Because the first to suffer are the creatives, (because the managers always protect their own infrastructure first) Hilversum is becoming a vast wasteland of empty office space.

Unlike Leiden, Delft, Eindhoven and Amsterdam, media city Hilversum has no University. And because it is not part of the entrepreneurial triangle, and it's impossible to reach the place during the rush hours, the really creative companies are moving out. Everyone wants to be much closer to Amsterdam - ideally in the centre. While it makes sense to keep news production and transmission infrastructure in Hilversum, there's no reason for a feature producer or a creative production company to go anywhere near the place. Hilversum will need to find and attract other sectors to rebuild the wastelands of empty offices. At the moment, they're still in denial.

Holland could learn a lot by looking at countries much smaller than themselves rather than always looking West towards the US. That's because the media strategies that work well in a country of 310 million, fail miserably when the potential is only 17 million. Look instead at how New Zealand has embraced film-maker Peter Jackson and photographer Trey Ratcliff.  It's a world class approach which has put their creative industry on the map. Or examine how Danish producers like Søren Sveistrup created epic productions which have been seen the world over. They did it with Danish public TV, which has also gone through a funding crisis.

Whilst it is true that Holland is the king of the talent-show formats, it needs to do much more in other media fields in order to survive, let alone lead. People will tire of the Voice, just as they got bored with Big Brother. Reality TV is so fickle, it's not the foundation for a thriving industry. It's just the icing.
Posted by Jonathan Marks at Tuesday, January 01, 2013