Watching US Government Cover Itself

US government media looks a lot slicker than at the last inauguration. There were strange camera angles because they were still thinking in 4 by 3. Now, it's all highdef, with the kind of documentary quality that is disappearing from mainstream television. More storytelling - and definitely more use of historical context. Full of links with President Lincoln. 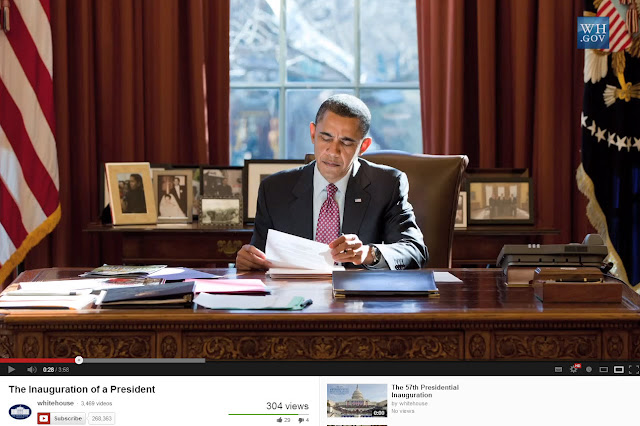 Not many views, at least not yet. Guess it will rise to around 35,000 by the end of the day. VOA (Voice of America) is using an interactive map, though I wonder if the foreign audience gets the jokes in some of the tweets? 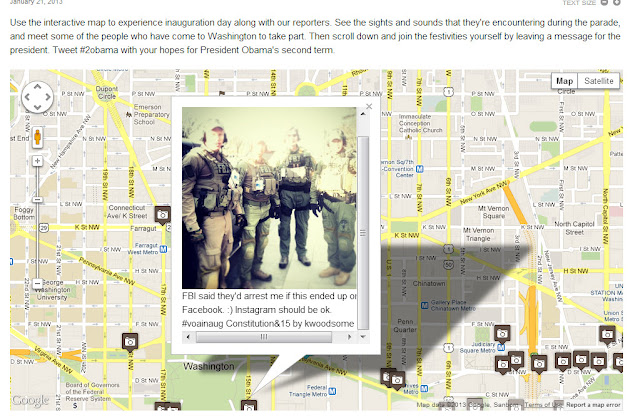 Personally I was more interested in exploring the fantastic Gigapan photos back at the 156th, which allow you to zoom in on the crowds. But I appreciate that these photos take time to capture and render, so probably not practical during the event itself.