The commercial Telegraaf Media Group made a big splash a while back with social media (by acquiring Hyves.nl) and also backing a hyperlocal network called Dichtbij.nl (Nearby or Neighbourhood). This was accompanied by loud calls by the TMG for public broadcasting to get out of the news business because they were operating with an unfair advantage. TMG need to find new leaders. Because evidently, the current vision isn't working. Hyves has plummeted in popularity since being acquired by TMG, now being overtaken by the number of Twitter users in the Netherlands. Another classic example of a newspaper buying a social media network and thinking this is going to be a great advertising outlet. Better still, the users make the content, so no expense on writers and editors. I see that Sanoma Media is also getting rid of its public blogs site weblog.nl, giving it away to Wordpress. 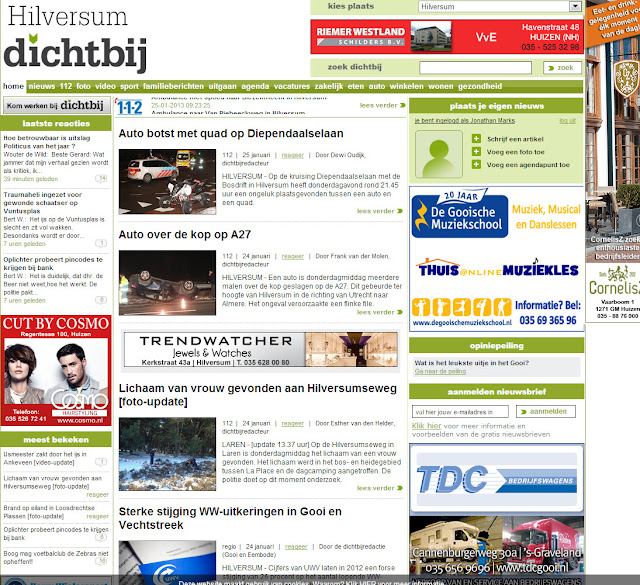 And then there is the hyperlocal network. What a disaster that is. It's simply a list of local crime, news of social collapse (neighbourhood arguments) and specialises in the aftermath of traffic accidents. We never see pictures of the victims. It's always shots of emergency services clearing up the mess. Because NONE of this is news you can use, it isn't a viable platform for social discussion. So no ads of any value because there's no traffic. My local community radio station is an automated juke box for much of the day. 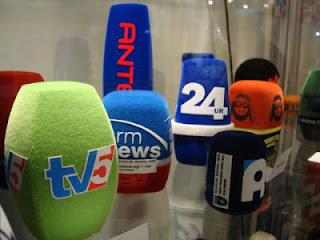 And so, frankly, if there was a major emergency in the area (floods on the way because melting snow?) how on earth would I find out?