Is US International broadcasting defunct?


I have a different interpretation from other commentators of what Hilary Clinton was saying this past week. I think she means that USIB hasn’t adapted to a more effective way of sharing America’s ideas and ideals with an important audience that is increasingly persuaded by America’s foes. If the Taliban had started a short-wave radio station, instead of using Youtube or selected TV stations, the world would be a lot safer today.

The challenge facing international broadcasters is that audience habits are changing. There are only around 8 countries in the world where shortwave broadcasting still makes economic sense as a way of sharing ideas with a significant audience. For the rest, and that includes China and Russia, the way to reach opinion formers has to be a hybrid mix of TV and web/mobile platforms.

VOA and RFE/RL/RFA have a proud radio legacy with linear audio storytelling. But its now in a context that is not easy to share with others. USIB hasn’t found the format/platform combination that attracts significant audiences in these countries. So although its still easy to shout across the border, if the audience isn’t on that platform, audiences only spiral downward.

The challenge is that many of these global broadcast systems were designed when oil was US$ 40 a barrel. The problem with international radio is that the audience research is only ever about numbers. I have never seen a discussion of how the audience trends could be used to make more effective, inclusive discussions in target countries. BBG meetings have always focussed on distribution arguments, with various stations justifying a new campaign or programme often by the number of reactions. I would use the word defunct. 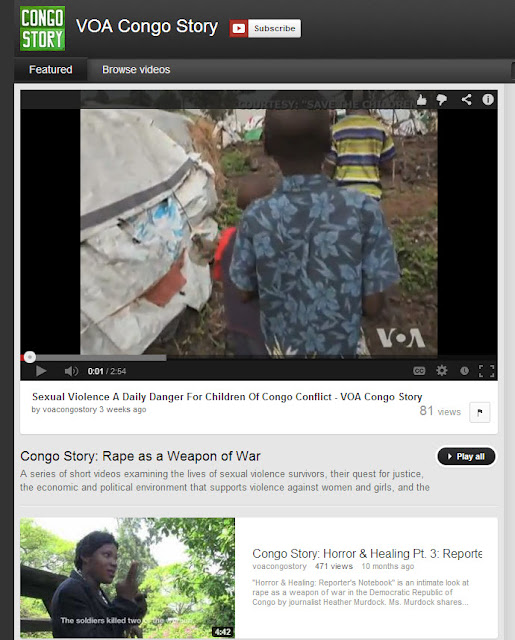 Various experiments have been tried by US international broadcasting with “new media”, like VOACongoStory. From the outside, they look to have failed to create a sustained discussion. 10 people ‘talking about it” on the Facebook, and a couple of hundred views for the majority of videos on the site. Yet, successes like Parazit are quietly forgotten when, for what ever reason, the creative team disbands. Parazit had 17 million visits a month in its heyday.
But when new media experiments fail, the tendency is to resort to the analogue shortwave radio with the idea that this tried and tested medium has simply been neglected, understaffed or misunderstood. No. It’s gone away. It’s not coming back because no-one knows it is there – and the levels of interference from computers and light bulbs in most cities means the reception is awful. And people in radio (in general) don’t understand video storytelling.
Commercial stations are set up to deliver audiences to advertisers. When the audience is far away and scattered that becomes an expensive proposition to prove they are really there. Commercial international radio worked until the early 1990′s (SLBC, Radio Luxembourg). But they’re history. Commercial international TV has always been a tiny niche. It’s cheap TV, talking heads for the most part. Thank goodness US taxpayers don’t have to fund it. But they are funding VOA, Radio Marti, RFE, RFA, Al Hurra, etc. No-one dares to do the calculation of what you could do with half the funding produced by one coherent, independent entity. Meantime, the atmosphere inside these organisations looks to be poisonous...The foes of America don't need to worry - USIB seems to be in self-destruct mode at the moment.
America has some of the finest stories to share with the world. I find brilliant, worldclass stories on TED.com, FORA.TV, and some of the emerging YouTube and Vimeo channels. I enjoy the discussions I have with those who write, create or produce these productions. My problem with USIB is that they are still in the shouting business. And the audience they are trying to persuade ignores people who shout.
Posted by Jonathan Marks at Saturday, January 26, 2013