BBC World News - the precarious balance of the three R's

I don't normally read Variety magazine. But thanks to a couple of experimental newsfilters I am experimenting with, as I was looking for articles about the BBC and trust, it came up with this article. One passage really struck me.
In an increasingly competitive environment, as rivals like Al Jazeera English prepare to enter the U.S., where BBC World News struggles to find distribution, it is more prosaic factors like audience figures that will determine whether the channel's performance matches the ambition of its new HQ.
"I always say that we aim to deliver the three Rs -- reach, revenue and reputation, of which the most important is reputation," said Jim Egan, COO at BBC Global News. "There's a gap for trusted, impartial news that is truly global in its reach,"  added Richard Porter, controller, English, BBC Global News.

Balancing the books in a crisis

Balancing those three R factors is extremely difficult at the moment. International broadcasters like BBC World News operate in the niches of the broadcast world - most people get their news from national broadcasters. International distribution is expensive and complicated. Stakeholders are often unrealistic in understanding the difference between reach and influence. It's about the quality of eyeballs, not just the number.

I'm getting even more concerned about reputation, especially as I see the PR world is moving closer and closer to new forms of advertorials. In an article, which also turned up in my list, was a blogpost from Richard Edelman, entitled Paid Media a Change of Heart.This passage caught my eye.

Those of us in PR have to change the game. Let’s recognize that the digital platform for mainstream and hybrid media is an unmatched opportunity to offer hundreds of visual images, a different mentality about contributing comments, a high propensity to share quality material and a short-form mode for absorption of information. Why not take on the chance to make content the basis of advertising? Ads are inherently more effective when you have something to say. And we are better than any other marketing services sector at knowing what is newsworthy at any moment in time.
We are already putting this thinking into action. We helped establish a partnership between Samsung and the Associated Press that was announced today. The AP will grant Samsung two tweeting slots a day on the AP’s own Twitter account for the five days of the Consumer Electronics Show. This is the first time AP has sold space on its feed; the tweets will be labeled SPONSORED and will not be done by AP staff.


Edelman also published the results of its annual Trust barometer. The bit about trust in the media also caught my attention (my emphasis). Slide 13 in the deck above. 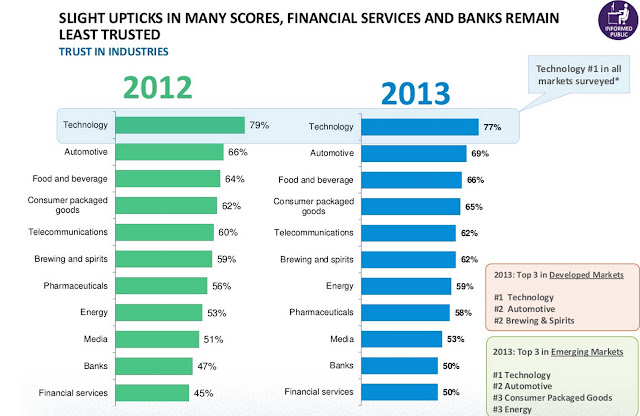 Among the general population, mainstream media and online search (both at 58 percent) are the most trusted sources of information. More than half in emerging markets trust all forms of media while developed markets have a high variance in trust levels across the various media types.  When looking at social media, emerging markets (58 percent) are more than twice as trusting as developed (26 percent).

Media is way down there only slightly ahead of banks and financial services. So do we trust Apple and Vodafone more than a BBC World News?

The BBC has a separate website, targeting potential advertisers who might want to carry ads on its overseas channels (advertising within the UK is prohibited). From this site we learn that, according to BBC Worldwide which runs the channels; 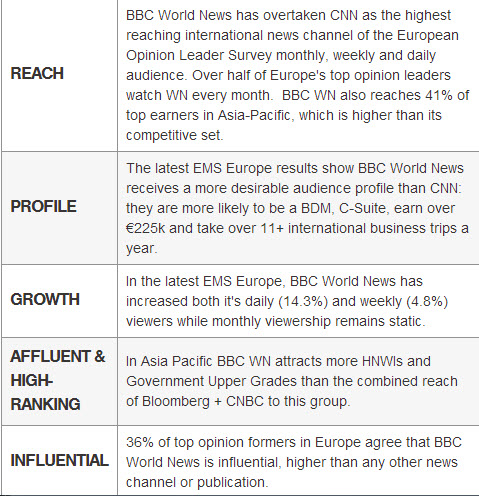 The bit about the profile intrigued me. So I accepted the invitation to explore a section of the site called BBC Advertising.

I love the spin in the section about advertising luxury goods and the trust tests they have been doing with Merryl Lynch way back in 2010. Some fascinating claims come out of this part. 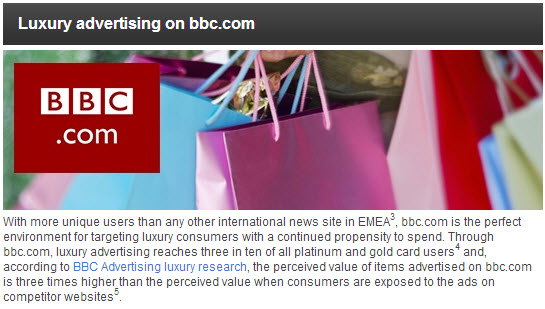 So what's the point Jonathan?

As a BBC World News viewer, I don't mind if the channel carries advertising. But I do care when I can't tell what is a "sponsored story" , promoted up the attention chain rather like Google does with Adwords. The next bit disturbs me. 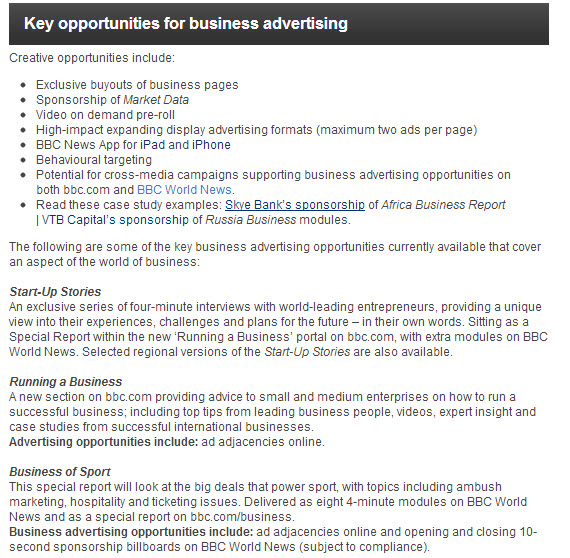 I find the use of the word exclusive by the BBC to be intensely irritating. Because the BBC doesn't have the monopoly on interviewing entrepreneurs. It would take a lot more than a 4 minute interview to persuade me to invest.

Do I trust the BBC to do due diligence on the companies they decide to feature? No. Because when I search for the term "Starting a business" I see the advertising opportunity described above right at the top of the Editor's Choice. I am immediately suspicious because its higher in the ranking than Peter Day's top tips which I trust implicitly - his world of business programme is a must listen. 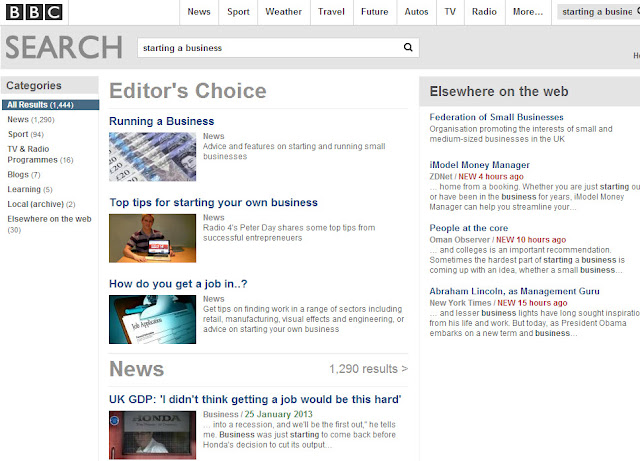 Running a business instantly disappoints. It's a random collection of profiles from soup to nuts. 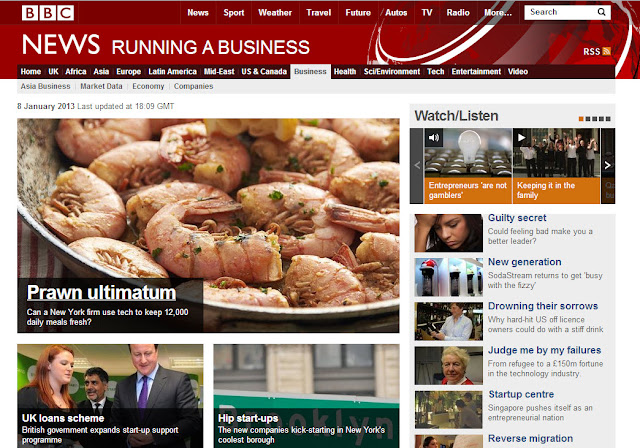 And the text in some of the profiles reads straight out of a publicists media release. Running a Business seems to be nothing but rather bland profiles. 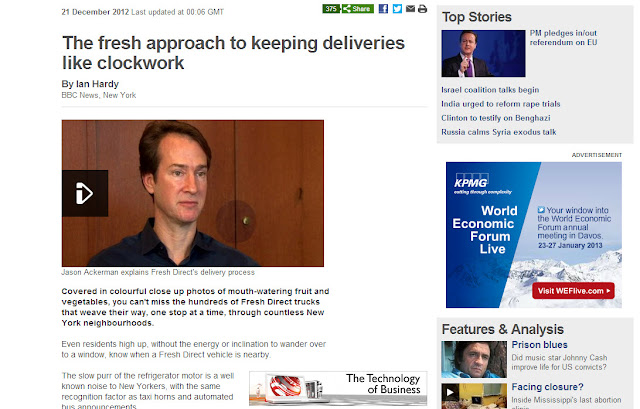 Personally, I start to look for other sources. What do you think?