I made this programme on March 30th 1998. It included a visit to the radio station across the Central Station in Amsterdam. It was the idea of Ronald Jan Heijn, the former international hockey player who decided to become a spritual entrepreneur. Son of Gerrit Jan Heijn, he set up a centre called Oibibio. By the time we visited, they were on the verge of financial collapse. The programme also looks at a financial crisis within the BBC Internet department, which has overspent its 1998 budget already. 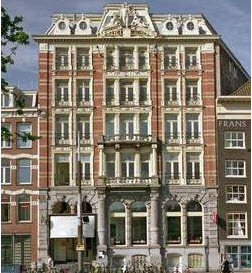 Check out this episode!
Posted by Jonathan Marks at Tuesday, January 22, 2013