Splicing the Nineties for Posterity 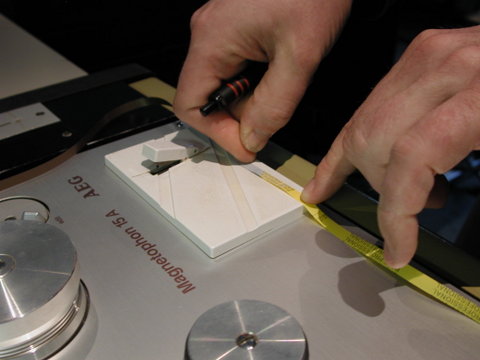 This is what you get if you take three production CDs that I used in the Media Network studio from 1995-2000 and fire them off one by one.

It turns into 85 minutes of nostalgia with the daft jingles and promos we made to parody international broadcasting in the nineties. Ised the Dalet Workstation to make most of these - because it was the only way to do multirack mixes at Radio Netherlands. Before that we made jingles in the studio using complicated mixes of bit of tapes spliced together using razor blades. Was it efficient? No. Was it fun. Yes.
Radio Netherlands had a broadcast licence to use commercial music, so that made it possible to make these kind of jingles. We weren't trying to make any money out of the montages. We tended to use new music, the idea being that new music would pop up on commercial stations later and that might trigger some people to ask "Where have I heard that before?". My thanks to the voice talents of Jim Cutler, Lou Josephs, Diana Janssen, Dennis Powell, Hans Hoogendoorn, Peter Spinks, George Wood, Gene Reich, Paul Holmes (before he was famous in NZ), Spike Milligan (who was trapped in a studio during a news bulletin), Pete Myers, and Kenny Everett (broadcasters prayer). I wrote the scripts. Enjoy
Posted by Jonathan Marks at Monday, July 23, 2012