I've been reviewing my notes from the Deutsche Welle Global Media Forum which took place in Bonn at the end of June. Bumped into several NGO's who are using radio as part of their media strategy in developing countries.  But there's a huge problem with what they are doing.


In most cases they are using radio as part of a campaign. In fact there is no intention of trying to find a sustainable business model for the community they are trying to help. The main problem is that the NGO's assume that they can run a station based entirely on volunteers. If the aim is to make entertainment, that's entirely possible. A transmitter plugged into a iPod will do the trick. But if the aim is to reflect the thoughts, aspirations and developments within a community, then failing to make a proper business plan for at least 5 years is often burdening a community with a problem rather than providing an effective solution. I spoke with one NGO who is training people to become reporters in their local community. The problem is that they can only earn between 12 and 50 dollars a month from the work they are doing. Since this is not enough to pay the bills, those trained quickly move on. It also encourages brown-envelope journalism, where journalists get paid to attend press conferences from companies, NGO's and local government. They effectively become the PR agents - and the first casualty is truth. 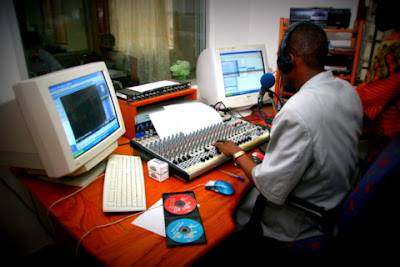 Frankly, I think the blame for this must fall on the NGO's not the local population. They mean well but they're deaf to developments on the ground.

I vividly recall meeting a station manager in Northern Ghana who asked me NOT to help them. I asked why.

"We're fed up with Western NGO's using us as an experimental ground for their campaigns. They're in it for 1-2 years, after which they believe that their project radio station can become commercially viable. Their model might work in a city in Europe or in the US and Canada. But the commercial dynamics in rural Africa are COMPLETELY different. Yes, there is money to be made in the community by offering certain services. But it's not enough to support a core team of six people needed to run the station professionally. We reckon it could support 3 full time equivalents, not six."

"We have spent the last 6 years turning our community radio model into a community media centre. We've done deals with the local telecom provider, offering them SMS services in local languages. We're using relevant technology - running much more efficiently than five years ago. We're far less dependent on mains electricity - having deployed solar panels. We believe we know what works and what doesn't."

"Yet, whilst the radio station is functioning, it is not developing. In fact it's going backwards again. We can see there is a permanent shortfall in financial resources. And while we can afford to entertain the population, we're not doing nearly enough to inform them and preserve local heritage. So we're faced with a brain drain from the area. Training isn't effective because those we train quickly see there is no career."

So what do you really need? 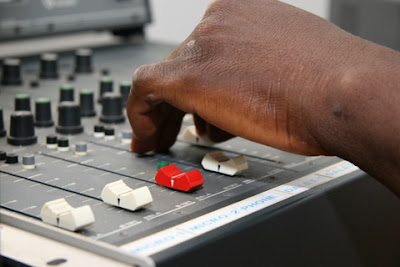 "We have to maintain our editorial independence. Without that we don't have the trust of the audience. We have a public ambition and function. The commercial station 40 kilometres away in the regional capital is entertaining, but its mission is not to inform. We realize that we need to run our operation as a business. But we have to professionalize what we're doing. This reliance on "volunteerism" wouldn't work in rural parts of Europe. And so it's not surprising it doesn't work in rural Africa. We're looking for expertise that can check our findings, understand what we're trying to do and find the means to professionalize our operations. Our biggest challenge seems to be to explain this to donor organisations. They mean well. But their actions are unsustainable."


I see these small stations in Africa more like a start-up rather than an established business or corporation. The recent keynote by Steve Blank at StartupBootcamp Amsterdam was very relevant to this situation. Blank pointed out that 90% of start-ups fail in Silicon Valley because they don't test their idea on the customers (read audience) and use the feedback to adjust the business model to build a sustainable small business. They are so convinced they have a great idea that they start executing sales and promotion before they have found the right business model. And so they fail because they provide things people don't need. The parallels with broadcasting in developing countries are crystal clear. If you have examples where radio stations provide a local public service AND have found the right balance between private and public partnerships, please get in touch. For the moment my conclusion is that European and North American business models don't travel at all well.

Update: I note that a discussion of business models came up at the excellent AITEC Africa conference in Nairobi recently. Surprised that more broadcasters were not there. May be because there is still a strong split between editorial, factual (documentaries) and fiction departments at stations - each have their own circles. Ann Overbergh of Balancing Act Africa had some useful remarks about the need for new business models in both radio and TV if local content is to survive with any form of quality.
Posted by Jonathan Marks at Tuesday, July 17, 2012