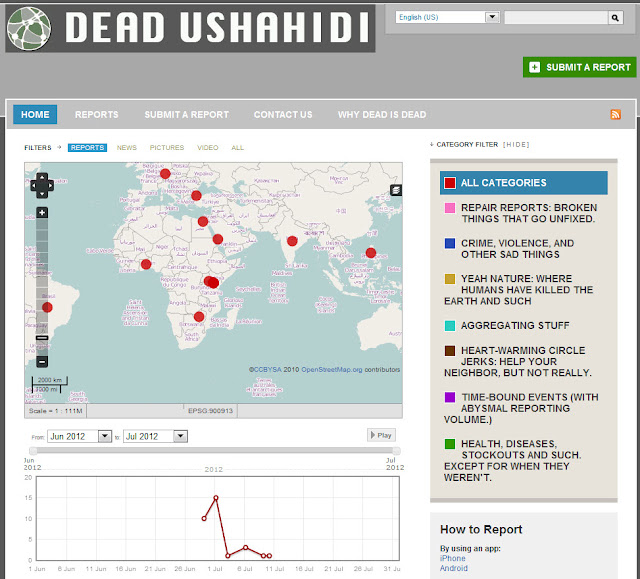 There was an excellent post a few days ago about dead data journalism, more specifically crowd sourced maps using Ushahidi software which are now ghost sites because they are not updated. They list 31. I get the impression there are a lot more.  That's not a reflection on Ushahidi, the makers of the software. More on some of the people who use it.


As a I mentioned in another post on radio, many of the NGO projects I've seen recently are great ideas but unsustainable business models. There are far too many experiments going on aimed at bringing short-term successes for donors rather than long term benefit to communities. There are also good ideas like the Building Bridges Peace Project which also had much more potential than was eventually achieved before funds ran out.


Building Bridges in Nairobi, Kenya from Jonathan Marks on Vimeo.


I have respect for some of the data journalism the BBC is doing because they're in it for the long term. Like keeping track of  British casualties in Afghanistan. But of course that's not the full picture of what's going on there. Don't suppose anyone is keeping track of that. Good article today on other forms of data journalism. 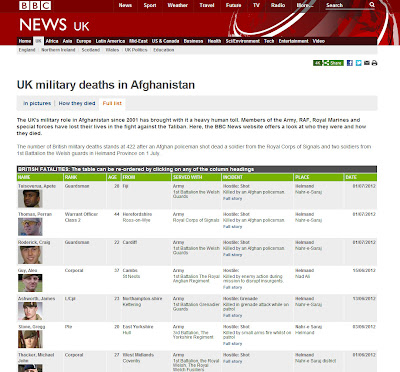