What The Next Web Does Differently 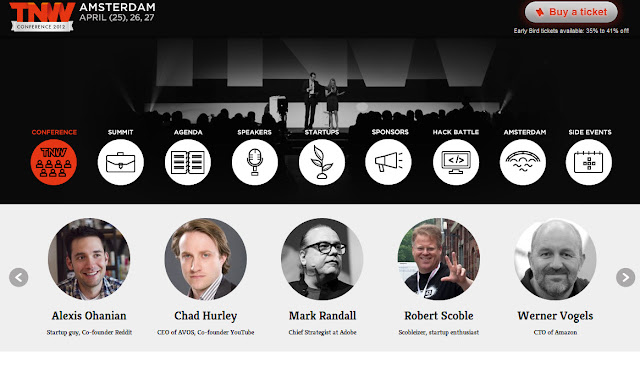 I have been experimenting with software that lets me get an overview of all the conferences and workshops world-wide trying to help tech start-ups. In contrast to many industries at the moment, this would appear to be a booming business. Whereas five years ago there were a couple of major conferences a year, now there are several conferences a day. As you read this, someone is opening a conference somewhere on the planet.

That doesn't mean to say that quality of conferences has improved. If you want to spend your time wisely, then I believe the number of conferences to bookmark actually comes down to less than five. I feel that many conferences organised by government or subsidized groups are spiralling into insignificance. They just repeat what they did last year with different speakers. There is no flow and no real thought about what conference goers will take away. It's all very forgettable.


But there are exceptions.


I've been particularly impressed about the growth of both The Next Web on-line network as well as the annual TNW conference. The next one is due in Amsterdam in two weeks on April 25, 26 and 27 2012. It's definitely worth setting aside the time.


So what are the team behind The Next Web conference doing differently?


Three things.
I met up with Patrick de Laive in Amsterdam last week. He is both CFO and COO of The Next Web Holding. It's also his job to run the events. This is what I learned from the conversation.


"The Next Web conference has never been about organising another event. We're not primarily event organisers, we're Internet entrepreneurs, organising a discussion about what's coming next in the world. We believe in focus. People want to come together, hear new things, network with people they find interesting and follow-up with a few golden contacts they make in Amsterdam.


We've thought a lot about the pricing. Most conferences rely on 85% sponsorship and 15% on revenue from attendees. We've been doing The Next Web since 2006 exactly the other way round. Our aim has been to bring people together at reasonable prices - we charge 675 Euros if you're willing to plan ahead. If you make any conference free, I believe it has little value. You'll fill the conference in minutes - but you have no idea who's in the audience. Others have escalated their prices 3 or 4 times what we charge, but I think they are organising a festival rather than a conference. We set the level at a price serious start-ups can afford. They see it as an investment of their time. The bright ones prepare, and we offer all kinds of tools on line to help you set five or six personal goals beforehand and get the maximum return on event.


We've managed to keep the price around the same level since we started. We keep the prices stable by growing the size of the conference (to over 1500), while still retaining a cosy atmosphere."


So how do you keep The TNW conference fresh?

"By continually evaluating the format. This is the first year we're doing a full dual track...there will be two stages. I know that sounds dangerous, but we have analysed what goes wrong at other events where there's a main stage and a sideshow. The sideshow always suffers. We are building two stages and programming them equally. We also will make sure that everyone knows who is speaking where. Communication is key to making this successful because you want to be in the right talk at the right time.


The stages this year will be equally spectacular but they will be dressed differently. We will have a 25 metre wide screen on one of the stage which I think is one of the largest ever used in a conference this size.


We want to contribute to the search for great start-ups in Europe. We spend time and effort selecting the 20 finalists for the Start-Up Rally - this year we've had over 200 entries. Those who get selected get presentation coaching in the days before. We've struck up a great partnership with Werner Vogels, the CTO of Amazon who's definitely raised the bar in finding the best. The jury he puts together have seen the pitches and done research before giving judgement on stage. They prepare. That way everyone who takes part takes away something valuable. And we're talking about constructive critique. This isn't Dragon's Den where the aim is to humiliate the contestants so as to amuse an audience. We want to save investors time - and that's why it works."


So what was the Start Up Awards event you held this past Tuesday night in Amsterdam? 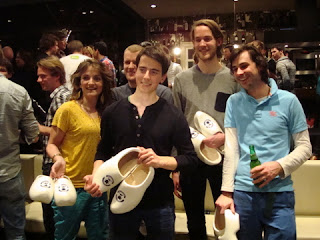 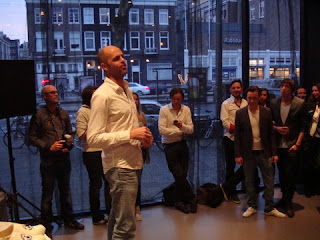 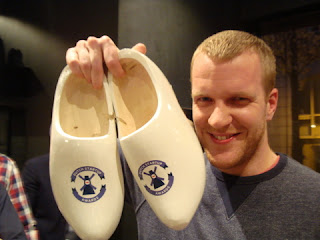 "We organise regional competitions as teasers leading up to The Next Web. They are deliberately less formal. But we do set high standards, and the publicity the start-ups receive is always valuable for them. We keep it simple, fun and unpretentious. That's why it works." 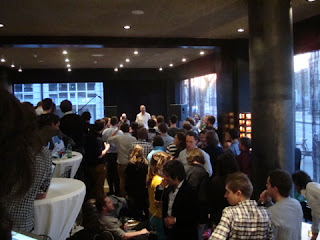 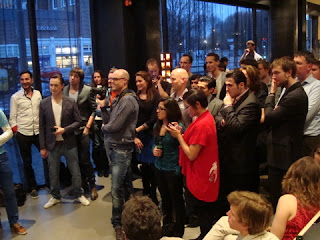 "Following the success in Europe, we're going to organise Start-Up awards in Santiago Chile, Buenos Aires, Argentina and San Paulo, Brazil. It's an excellent way for TNW to understand the local entrepreneur scene. And that all feeds into the on-line site which now reaches 6 million a month."


Now that is interesting. Will definitely follow what they do in Latin America.