Amsterdam struggles with being Open to the World 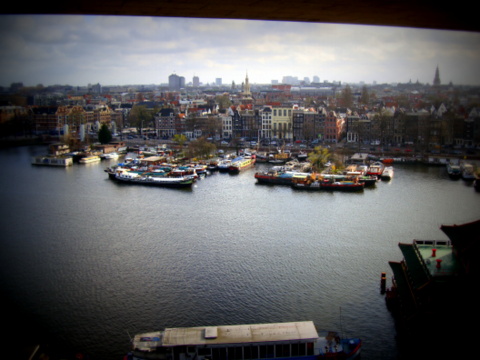 Amsterdam is clearly struggling with its identity again. Is it a world city open to ideas from everywhere or the cosy capital of a small country between Germany and the UK? My experience is that it keeps oscillating between the two, although the tendency in the last decade is far more inward looking than I have ever experienced living and working in the Netherlands for over 30 years. A case in point. The film museum has moved from it's home in the Vondelpark to a purpose built building constructed in North Amsterdam directly opposite Amsterdam Central Station. They have branded it the Amsterdam Eye, clearly a play on the fact that the design resembles the human eye - and it is right next to the river IJ (pronounced like the word "eye" in English), one of the two major rivers which have influenced this port city.

The right of centre free newspaper "Spits" carried a spoiler story about the grand opening of the new film museum on the 5th April. So instead of finding out what contribution this new arts centre will make to city life, especially on the financially poorer Northern shore, we learn of a new protest campaign. The Foundation to Defend  the Dutch language is dead against the use of English in naming public buildings and questions whether the film museum has followed the correct procedure in choosing the name Eye (rather than the Dutch word "oog" I guess). Their (poorly maintained) website explains about other campaigns they have launched against magazine titles. It's all very defensive argumentation as though the use of Dutch in the Netherlands is somehow threatened. It's not. But the more the Netherlands becomes inward looking, the less attractive it becomes to foreign investment and as a destination for foreign students. I don't think it's domestic market is ever going to be large enough to launch world-changing new ideas if the focus is purely on the Dutch language.

The English language site of the Film Museum explains why it is appropriate that the building is called the Eye. That's because the collection contains a very international collection of films.In fact, I'd say it's one of the most interesting in Europe and much more accessible than the EU funded Europeana project. I like the fact that they sell posters, stills, soundtracks and other things related to the Dutch film industry. 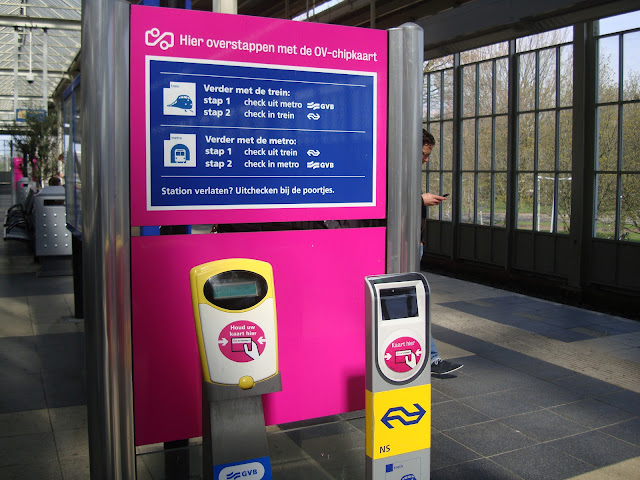 However, I don't think the Dutch foundation needs to bother. There is far more Dutch in the Amsterdam than ever before. In many sectors of industry, you'll never rise to a position of influence unless you speak Dutch fluently. I notice that in the lifts in the remodelled Amsterdam station complex that the emergency instructions are only in Dutch. And good luck understanding how to check in and out when you switch platforms from the Metro to Dutch railways because the RFID "Oyster" card system isn't connected like it is in London. If you don't follow the procedure you'll get a 4 Euro fine! So if you're a visiting foreigner and didn't take the lessons, you're really stuck.