30 Years since the start of the Falklands - Malvinas "conflict"

I was in London at the same moment as Argentine troops were setting foot on the Falkland Islands, trying to regain what they call the Malvinas. On the last Media Network broadcast by Radio Netherlands (starts two minutes in), a large chunk of the programme was devoted to an extensive montage from April 1982 and the subsequent clandestine radio war in which both Argentine National Radio (below) and the UK Ministry of Defence set up equally strange radio stations to try and persuade the other side they were making a big mistake. Another programme, this time from 1982, is also on line.

Since making those programmes,  I have been to Argentina several times and walked around the eery remembrance memorials, both in Buenos Aires and La Plata. I can't seem to visit the port city without wandering around that area of town - especially beautiful when the Jacaranda trees are in flower.

In Buenos Aires, the Argentine memorial to those who lost their lives is directly opposite what the Guide books call the Torre Monumental. The fact that it looks like many clocks in London is no co-incidence though. It was a gift from the local British community to the city in commemoration of the centennial of the May Revolution of 1810. After the Falklands War in 1982, the tower was renamed and the bells silenced.

From Wikipedia - September 18, 1909 the Argentine National Congress passed Law N° 6368, consisting of an offer by the British residents of Buenos Aires to erect a monumental column to commemorate the centenary of the May Revolution. Although the centenary monument was initially considered to be a column it ultimately took the form of the tower. An 1910 exhibition of project proposals at the Salón del Bon Marché, today the Galerías Pacífico, resulted in the jury's award to English architect Sir Ambrose Macdonald Poynter (1867–1923), nephew of the founder of the Royal Institute of British Architects. The tower was built by Hopkins y Gardom, with materials shipped from England such as the white Portland stone and the Leicester type bricks. The technical personnel responsible for the construction also came from England. 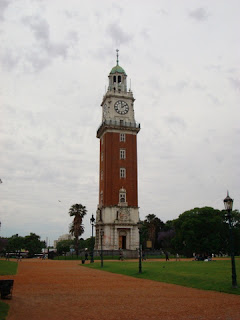 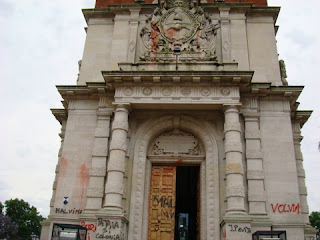 Today the clock has stopped and the building is covered in graffitt. It's seen as the symbol of the UK and the Falklands Conflict. 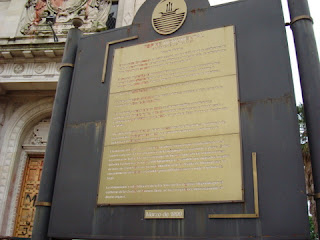 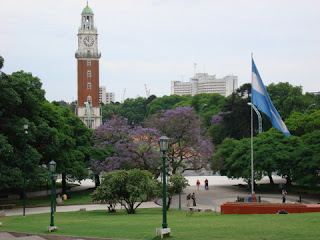 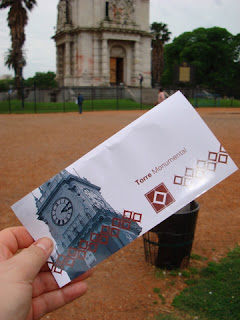 There used to a branch of Harrod's in Buenos Aires, but that has long since been abandoned. 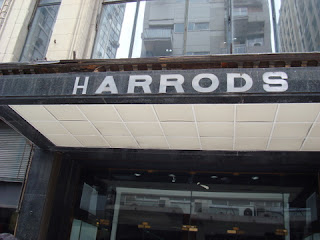 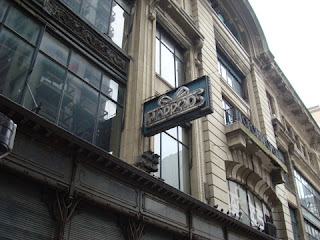 But the fact that British engineers built a lot of the communications infrastructure like the railways and the postal system  in Argentina (and Chile) is rather difficult to erase. 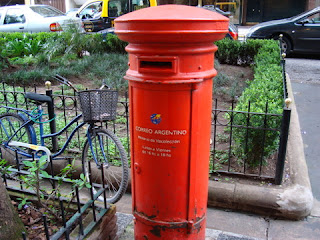 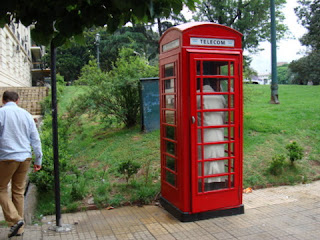 The Argentine clandestine radio station Liberty referred to in the Media Network programme apparently came from the studios of LRA, Radio Nacional, the government network who's ancient studios are in the heart of downtown BA. 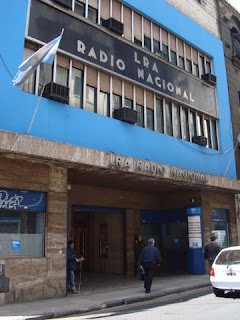 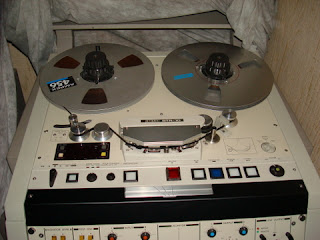 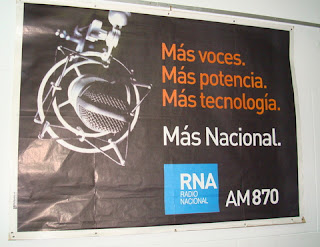 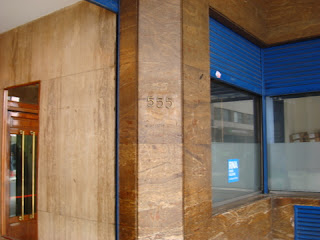 The most interesting exhibition I went to, in an attempt to understand the reasoning from the Argentinian side was in La Plata, a city outside BA, where many of the young conscripts came from. 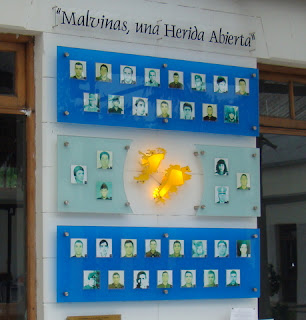