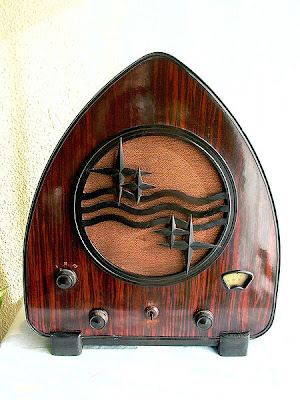 Philips was big in Eindhoven. That where the brothers Gerard and Anton Philips, together with their father Frederik founded a company to make carbon-filament light bulbs. And because they had patents on vacuum technology, moving into the business of making vacuum tubes or valves was a logical step. From precarious beginnings in 1891, the company expanded fast after the First World War. They turned a country town into an industrial city in the south of the Netherlands. By the 1930's, Philips had built the largest radio factory in the world. 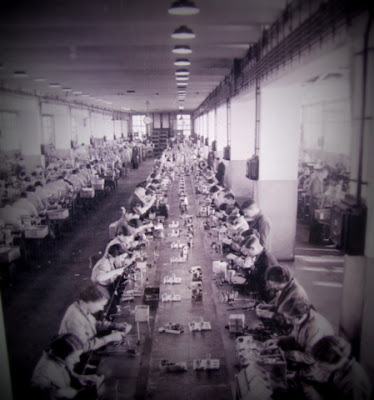 But by the eighties, Philips had decided to sell up and leave Eindhoven. Production of TV's, light bulbs and radios had shifted East to Poland, Singapore and China. Labour costs were simply too high in the Netherlands. The HQ of the company moved to Amsterdam. That left a lot of empty buildings, many of them not far from the centre of town. 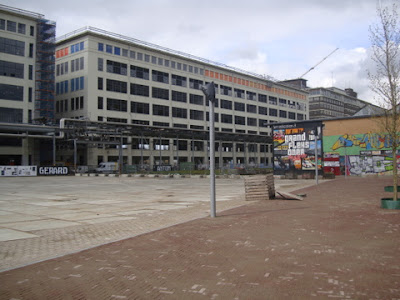 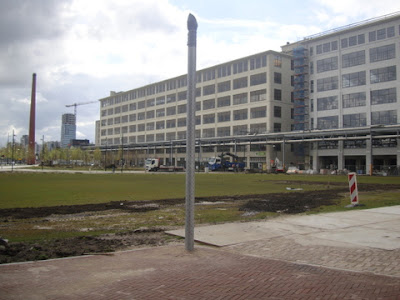 It's only now that a new city springing up. The new owners are turning the old radio factory buildings into offices, designer ateliers, and rented accommodation. It's going to be tough with such a deep economic recession in the Netherlands. But it's clear that those behind it are in it with a long term vision - 25 to 30 years. And the demand for the loft-flats has already exceeded supply. 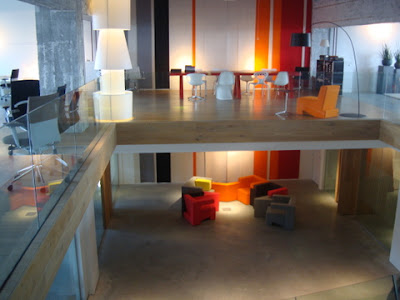 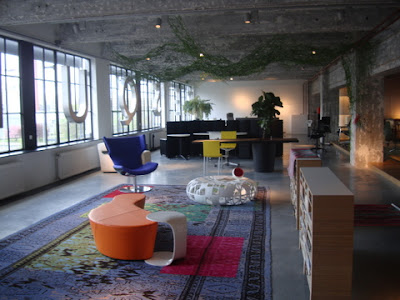 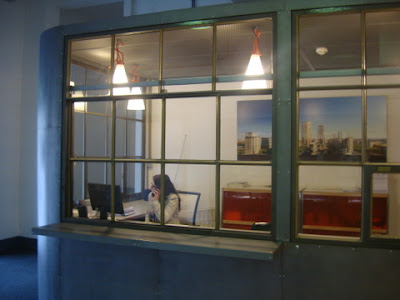 They have made a "film strip" on the inside of the lift that takes you between floors. So as you ascend, you can see what the building used to look like and then step out into the new. Very clever. 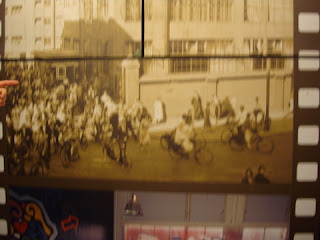 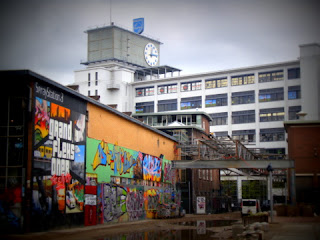 Currently the old clock tower warehouse across the plain is a huge concert venue, attracting bands and fans from the Netherlands but also neighbouring Germany and Belgium. I have to say that it's mainly heavy metal that fits well in this industrial venue.

The three remaining "radio" factory buildings (one was demolished) are now being thoroughly renovated. The pipes outside the building (which used to carry steam) will remain, but all the windows are being replaced and gardens built on rooftops. Come back in 2 years and you won't recognise the place. 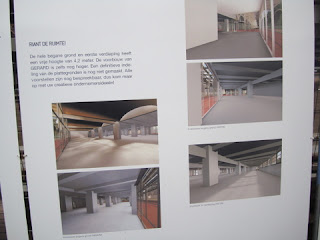 I see that the old NatLab research buildings from Philips are also being restored. It is said that Einstein once gave talks there and that has been used to full effect. The partial quote is certainly from Einstein.

"Imagination is more important than knowledge". For knowledge is limited, whereas imagination embraces the entire world, stimulating progress, giving birth to evolution. It is, strictly speaking, a real factor in scientific research 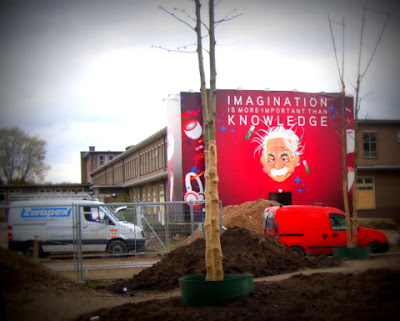 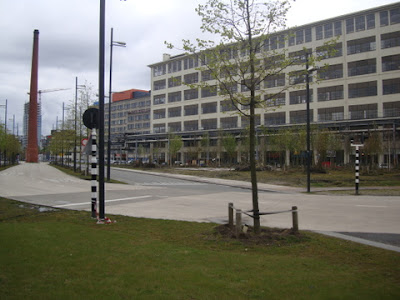 Philips being engineers were not very creative with nomenclature. Factory buildings were given numbers. But that too is changing. The radio buildings are being renamed Anton, Gerard and Frederik. Wonder where they picked those names from? :-)

I see they also have a Facebook page facebook.com/lofthuren 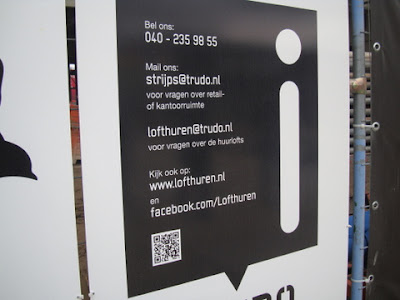