Netherlands Innovation Contract - How on earth is this going to work?

I confess to be very concerned that the Dutch public creative sector has become so inward looking that a growing gulf is looming between ambition and reality. And that's leading to money being wasted to keep things going that are no longer needed.

One of the top teams set up by the Dutch government to investigate the future of the creative industries in the Netherlands has now announced the setting up of the Dutch Creative Industries Council. 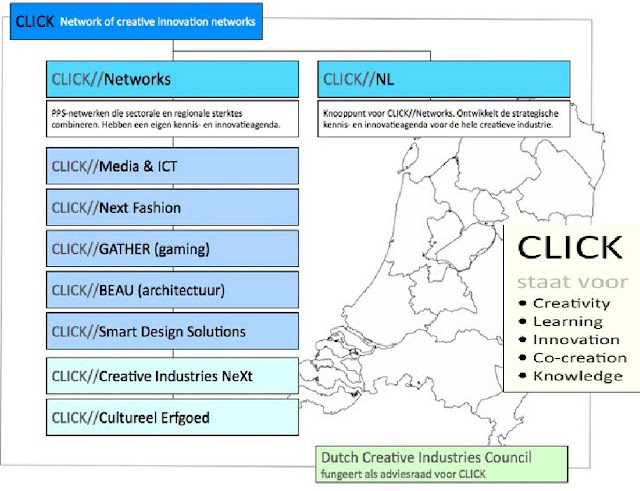 Not sure whether CLICK will be the final choice of name, seeing as Click.nl has been the URL of a company in Rotterdam for a lot longer than the politicians have been busy with Internet innovation. Having studied the report in detail last year for a foreign client, we concluded that creative innovation in the media sector is never stimulated well by government in any shape or form. The Dutch government has not set aside anything like the funding needed to change that. Subsidies may be fine to stimulate design, fashion and architecture but not for creative storytelling. Governments everywhere make lousy media because they want to retain control - they want to shout when the audience wants to share. I do see some excellent collaborations between academic institutions like the Open University and the BBC. But there is no Dutch equivalent. I worry that the Dutch Institute for Design, Fashion and Architecture doesn't seem to think that a website targeted at China needs to be in Mandarin or that doing business in Germany might go better in German rather than English. 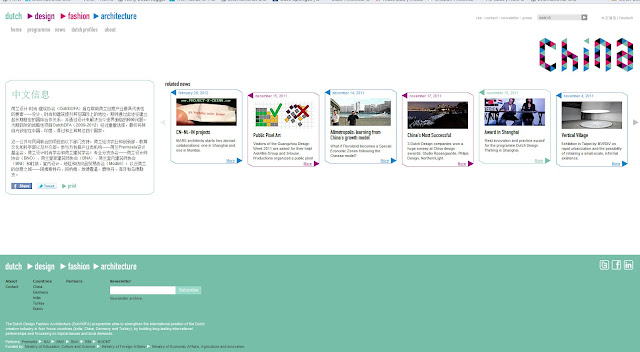 Let's make a note that the creative top team believe they are already well on the way to making the Netherlands the creative centre of Europe by 2020. Some of that may happen - but only if private initiatives are encouraged to think and act well beyond the borders of this small country. There needs to be a healthy dose of outside looking in combined with inside looking out. At the moment all the initiatives are local/national with the idea that if they make a website in English they are somehow international. I have seen plenty of examples where Dutch companies have adapted foreign concepts for the Dutch/NW European market. But there are all too few going in the other direction. I believe the copyright notice (2010) on the website of the Dutch Creative Industries is a worrying Freudian slip that reveals these guys think the exact opposite of creative.

Bad news. It doesn't work that way. I get the impression that FORUM in Helsinki has got it right. The UK Arts Council, on the other hand, is on the way down. So, it's curious to try and understand why setting up a government subsidized Dutch Creative Council is ever going to work. Innovation is a culture not a contract! 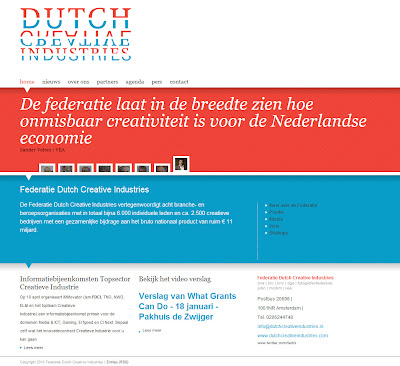