Who will speak up for BBC World Service Next Year? 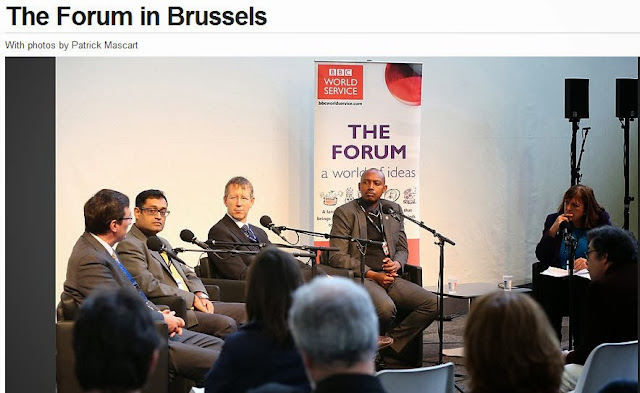 I have just noticed a press release on the website of the UK Voice of Listener and Viewer referring to the changes to BBC World Service in April 2014. It came out in September 2013, but it is still relevant.

Recently proposed new governance structure for the BBC’s World Service could leave the global news, cultural and current affairs service vulnerable to cuts and a further reduction in its global impact and reputation.
Commenting on the BBC Trust’s consultation on its draft operating licence for the World Service, Voice of the Listener and Viewer said the proposed new arrangements would leave the World Service without an adequate voice at the most senior, decision-making level within the BBC.
VLV said its members had long appreciated World Service output, which is available during night hours on BBC Radio 4 as well as on a 24-hour basis online.  Globally, the service has 180 million listeners. “We agree with the BBC Trust chairman, Lord Patten, that the BBC World Service is one of Britain’s greatest gifts to the world,” said VLV Chairman Colin Browne.
“Amid the problems which have buffeted the BBC as programme maker and employer during recent times, the BBC World Service has managed to stay, in reputation terms even if not in financial terms, away from controversy. This is very welcome for those like Voice of the Listener and Viewer who argue for maintaining a strong and independent BBC delivering varied and quality content with its funding anchored in the licence fee.”
The VLV said it endorsed the BBC Trust’s commitment in its proposed new operating licence to protecting and enhancing the World Service’s distinctive output.
But, said Mr Browne: “Future decisions taken under the new governance arrangements and the continually constrained financial climate are very much of concern to VLV.
“There is a risk under the new funding system that World Service funding could be squeezed to accommodate budget bids from any other part of the BBC’s operations.
Mr Browne said the new governance arrangements did not appear to provide the leadership of the World Service with a strong voice at the top of the BBC.
“We question whether the needs of the World Service will be adequately supported without a World Service executive in the top management team of the BBC. Sincere and well-meant assurances that the World Service’s interests will not be neglected are, as history shows, no substitute for focused personal stakeholder representation.
“We ask the BBC Trust to address these concerns by guaranteeing a specifically World Service voice at the BBC’s top decision-making level. There needs to be a senior World Service executive who can argue both the financial case and provide a strong voice to define and defend the World Service’s ethos and values."

We’re told that funding of the BBC World Service will switch to the BBC instead of the Foreign Office starting next year. I hope that BBC Radio 4 and other domestic UK channels decide to make more efficient use of the resources produced by the World Service.

Take Bridget Kendall’s programme “The Forum” for instance. On World service it is 40 minutes. I never listen to it on Radio 4 because on that network more than 10 minutes is clipped from each edition. http://www.bbc.co.uk/programmes/b03hx23j. As a result the programme always sounds clipped and unfinished…the programme from the British embassy in Beijing being a good example. The Radio 4 version just suddenly ends.  Either a programme fits a transmission schedule or it doesn’t. A minute here or there is always possible. But 10 minute destroys the structure of the programme.

Peter Day’s Global Business and From our Own Correspondent transfer nicely. So why not consider excellent programmes like BBC World Service Click for a domestic airing?

In return, BBC World Service would also benefit from being able to cherry pick from more audio available on BBC domestic channels. Don’t give me the rights runaround. For TV I can understand. Not for radio in 2014!

Finally, just to show you that just about everything is on YouTube these days, the final closedown announcement for the BBC Home Service before it became BBC Radio 4.