The Big Shift from Push to Pull

I recently revisited a book I bought on Audible a few years back called The Power of Pull. I thoroughly recommend it, for it turns out to be even more relevant in late 2013 than when it was originally published. That may be because it was written in the US, and organizations on the West Coast of the States are about 4 years ahead of Western Europe when it comes to rethinking their media models. 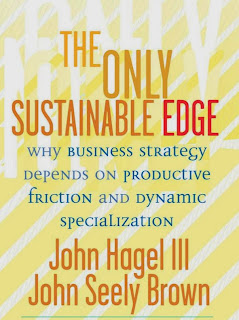 I had read a previous book by the same authors, John Seely Brown and John Hagel III, called The Only Sustainable Edge. That was a great book, looking at how innovation in companies was happening at the edge where it was much easier to introduce disruptive ideas. There was a working paper that outlined their thinking in 2005.

The edge is becoming the core...

What do we mean by this? The edge is where the action is - in terms of growth,
innovation and value creation. Companies, workgroups and individuals that master
the edge will build a more sustainable core. While our primary focus will be on business
activity, our perspectives will also be relevant to leaders of other kinds of institutions as  well - educational, governmental and social.

The edge is giving rise to a new common sense model.

We all perceive and act based on "common sense" assumptions about the world around
us and the requirements to achieve our goals. Every major technology shift has
produced a fundamentally new common sense model. Our goal is to understand and
describe key elements of the new common sense model emerging from technology
innovations - especially the invention of the microprocessor and the introduction. 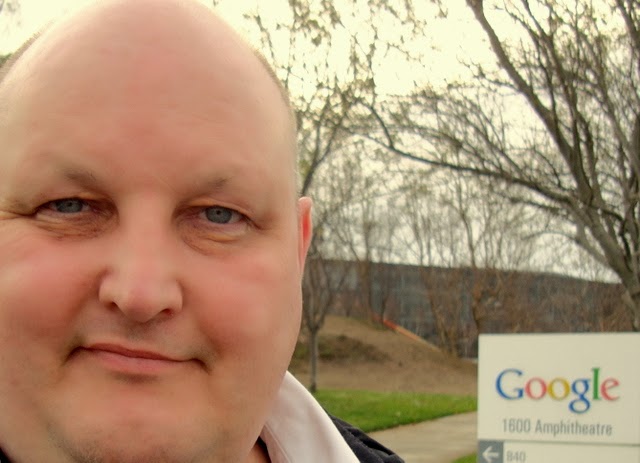 In a discussion I saw while I was in California that year (Supernova) the two authors compared how Toyota and GM worked with their suppliers in completely different ways, pointing out the collaborative policies that Toyota built were far more productive than the "lowest price mentality" found in Detroit. I remember thinking that this was also going to disrupt the media production business I was in. This was the year that HD cameras became affordable (I bought one just before the trip). Podcasting was in its infancy. And international broadcasters were still struggling with what to do with content they wanted to push towards their listeners on the other side of the world. But they were still wondering what could replace crackly un-reliable low fidelity shortwave radio.

Rereading the working paper now, I realise that what happened next to the media world I operated in was already in the 2005 paper. I quote:

Over the past decade, we have witnessed a transformation of the media landscape. On the one hand, mass media is becoming more concentrated in terms of ownership as audiences and revenue sources slowly decline. On the other hand, we are witnessing a blossoming of niche content, aided by four converging developments: the development of low cost and easily accessible content creation tools, the spread of faster Internet as an infrastructure for content distribution, the growth of new forms of access devices and the emergence of new types of distribution businesses facilitating the transition to pull models of content distribution.

Rather than waiting for media companies to deliver relevant content at appropriate times, customers are increasingly reaching out to pull content to them when they want. They are aided in this task by new distribution businesses that are breaking down the shelf space constraints of traditional distribution channels, radically expanding the range of content that is available and providing robust tools to help customers find the content that is most relevant to them. Sometimes these new businesses look like more conventional retailers in the sense of providing a single point of access to broad assortments of media (e.g., Amazon or Netflix). Sometimes they provide new ways of sampling media before buying (e.g., Rhapsody). But others are quite different, ranging from eBay where the closest analogue is the local flea market to peer to peer networks that lack any central hub at all and enable owners of content to pull from each other directly.

“Podcasters” are also emerging to share customized selections of music from many different artists with friends and broader audiences. A vibrant remix culture has also emerged, assisted by widely  affordable digital audio editing tools, in which DJ’s in night clubs and other music fans recombine and, in some cases, add audio tracks or channels from a recording to produce a modified audio recording.

(That paper is worth re-reading in full. I can't do justice to it here)

So if we think of broadcasting as a giant push system, then the following assumptions made by John Seely Brown and John Hagel III in their latest book seem to me to be correct. I have adapted the quotation to fit the broadcast world.

The problem is that for (international) broadcasters, understanding what the audience really wanted was almost impossible to measure. It was hard enough just registering that people were listening. Two of the main reasons for me to step out of the international broadcasting scene in 2003 were:


I concluded in 2003 that push media is the equivalent of shouting through a megaphone on the marketplace. And the problem with push is that the content creators themselves are not really entering into a conversation with their audience. There are exceptions, like This Week in Tech, who make extensive use of a chat room during their live productions. They understand the power of community, whereas mainstream media believe they don't need input from audiences, except applause.


From Push to Pull.

Push platforms are teetering or collapsing all over the place. The town of Hilversum in the Netherlands used to be the creative centre of the country simply because it had the monopoly on production and distribution facilities to reach mass audiences. Broadcasters who decided to remain there still achieve large audiences for news, sports and certain live entertainment events. But, broadcasting is no longer the preferred model for distributing epic series, factual documentaries, feature programmes, many genres of music and curated collections e.g. TED talks. This material is not made in TV transmission studios - it is shot on location giving an insight into real life rather than the artificial atmosphere of a TV studio.

So I argue that these genres are rapidly shifting to on-demand...the pull model described in the book. And as these collections of content grow, we're seeing a new generation of curators who wander through the vast offer of material on YouTube and filter things of interest, perhaps adding their own video, comment or suggestion to take a conversation further.
It starts with YouTube curators like Swedish games enthusiast Felix Arvid Ulf Kjellberg, better known as PewDiePie.  He's built a channel on YouTube where he plays and reviews games, building an audience of nearly 18 million subscribers.

I'm also seeing individual makers forming guilds rather like MakerStudios doing the video production equivalent of Huffington Post. Compare their costs of production and distribution to the traditional broadcasters/publishers and you can see why traditional content creators are worried in the face of plummeting paid subscriptions. They have clung to the hope that more intelligent scheduling of pushed content may bring a winner. It may make a few, but not enough to sustain the push model at it's present scale.

The consolidation we're currently seeing in Hilversum is just the start not the end point. Sadly, as I have pointed out in the past, in the Netherlands media conferences have been dominated by the discussion about distribution and structure, with a general hatred between public and private broadcasters.

So who is building new forms of engaging narratives?


I'm seeing organisations like Deutsche Welle run on-line labs to help journalists working in difficult situations. They also recommend some excellent resources from the Rory Peck Foundation in London as well as TacticalTech.


BBC Worldwide, the commercial arm of the BBC, has started its own collaboration lab in both New York and London. The FAQ's read like they have started an accelerator, though they offer no guarantees to the teams they select that there is a commission at the end of the 6 months. That must be a financial challenge to the media startups, though being able to say you're part of a BBC accelerator adds a lot to your credibility. And they are working on new ways to offer content in different ways than linear broadcast.

And in Amsterdam, the MakerStreet guild of companies is doing some high quality work with media organisations. I like the way they operate their Masterclasses the opposite way round from traditional training centres. They start with on-line specialist webinars which lead to a project proposal. They filter out the best ideas and if participants pass that test they are invited to a 4 day master class to build their project together with specialist mentors.