The UK's Channel 4 has a tradition of broadcasting an alternative Christmas message to the official broadcast from Queen Elizabeth. This year it is a message from Moscow from NSA Whistleblower Edward Snowden. 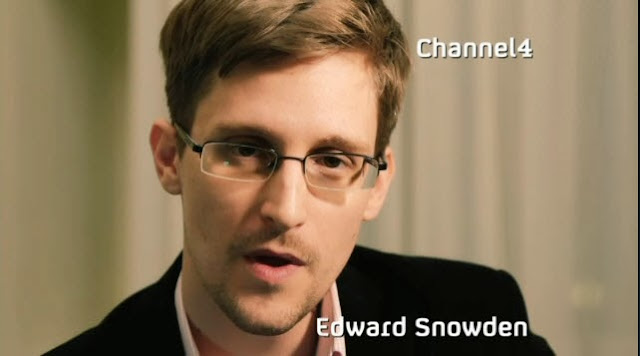 The UK Guardian quotes excerpts from the brief message to be aired on the network at 1615 GMT. I wonder what the audience figures will be? It is already available on demand on the Channel 4 website, though strangely you are asked to register to watch it (I would have waived the registration in this case. I feel what he has to share is far more important that what's coming out of Buckingham Palace. At 1'43 seconds, Snowden's message is certainly to the point.

Snowden says: "The types of collection in the book 1984 by George Orwell – microphones and video cameras, TVs that watch us – are nothing compared to what we have available today. We have sensors in our pockets that track us everywhere we go. Think about what this means for the privacy of the average person.
"A child born today will grow up with no conception of privacy at all. They'll never know what it means to have a private moment to themselves an unrecorded, unanalysed thought. And that's a problem because privacy matters; privacy is what allows us to determine who we are and who we want to be."
In the other extract of the address released, Snowden notes the political changes that have taken place since his leaked the cache documents to newspapers including the Guardian. He highlights a review of the NSA's power that recommended it be no longer permitted to collect phone records in bulk or undermine internet security, findings endorsed in part by Barack Obama, and a federal judge's ruling that bulk phone record collection is likely to violate the US constitution.
Snowden says: "The conversation occurring today will determine the amount of trust we can place both in the technology that surrounds us and the government that regulates it. Together we can find a better balance, end mass surveillance and remind the government that if it really wants to know how we feel, asking is always cheaper than spying."
I think we all deserve an informed debate on what NSA and other monitoring services were actually doing. My concern is that although the spotlight is on the NSA at the moment, I'm none the wiser what's happening here on the European continent. 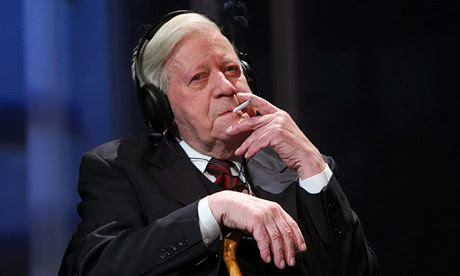 I thought the passing remarks from former German chancellor Helmut Schmidt a few days ago were poignant.

To this day, Schmidt remains dubious about the value of the security services. With anger in Germany at the alleged US surveillance of Angela Merkel's mobile phone calls, Schmidt says he never had any confidence in the spooks. "I was in government for 13 years and in that time only once met the head of the German security services, and that was because he was an old friend. Otherwise, I carefully avoided having anything to do with these people. They are unavoidable but not really necessary."


Some are taking a stand

I don't get many paper Christmas cards any more. But I did get a brilliant one from my Internet provider XS4ALL. It says "What are you doing over the Festive Season? - We don't want to know".

The reverse side of the card explains that XS4ALL rejects all requests for customer details, unless they are forced to. And those cases are published in their Transparency Report. I didn't pick my Internet provider because it was the cheapest. I chose them because it appears to be doing the most to protect my interests. 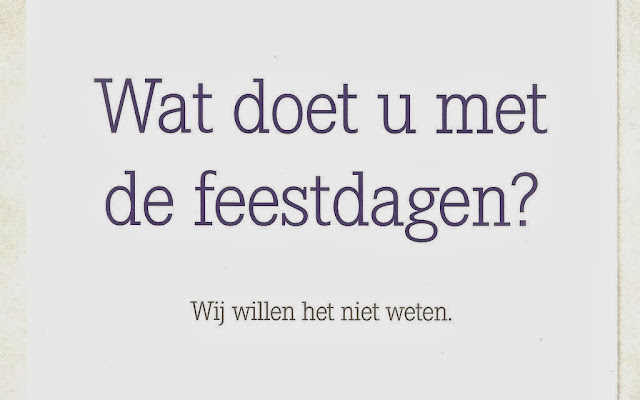 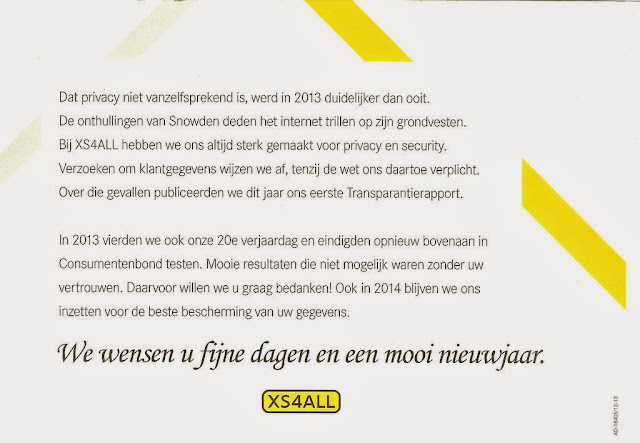 I believe the discussion about privacy will be one of the biggest issues next year. And rather than sitting idly by, I think this is a golden opportunity for public media to show they have the interests of the citizens at heart by being a catalyst for the discussion. Such a discussion is not going to happen in Russia or China. European countries with vision could see this as a golden opportunity to attract business away from US cloud providers by offering trusted alternatives without a back door. The public media are quick to respond with special programming when there is a natural disaster. But where are they when there is a public crisis of confidence? And look at the fiasco when US commercial media have a go - the CBS 60 minutes edition on the NSA must go down in history as the worst piece of investigative reporting in decades. It reminds me of the opening to Woody Allen's film Bananas.

I expected more NSA Christmas parodies, like this one below. Seen any yourself, then put them in the comments.