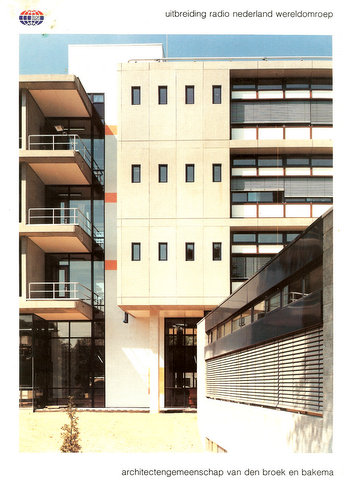 I have been working with a couple of start-ups this week who both have fallen into the same trap. Asking a websdesigner to make them a site before they have worked out what it is they are doing. As a result, they have a fantastic flashy website which attracts no-one. There is no story, therefore no point, even if it looks like it cost a million dollars to build. No great shows were made by recordings the sound effects (or the music sound track first) and then writing a story around it. 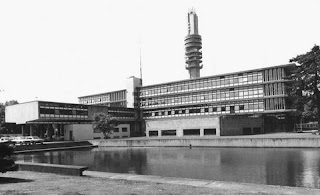 If I am ever asked to explain this I always reach for the brochure produced by the Rotterdam architects van den Broek and Bakema. They were commissioned by Henk van den Broek, the first director, to design the new Radio Netherlands building on the Witte Kruislaan in the late 1950's. It was the first radio station in Europe where the architects had designed the building specifically for its intended purpose - the centre for Dutch international radio broadcasting. The plans drawn up in the 1950's were only partly realised in the 1960's. It was only phase one. Though the sugar bags in the station canteen had a picture on it showing the full plan with the extension built.  In 1989. they found the 8 million guilders to build the second phase. 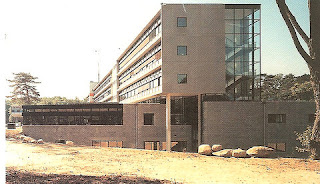 The architects bureau made a brochure to celebrate the event. As someone who worked in the building I could see the brochure was clearly design led. Because those rows of 12 windows featured prominently on the front cover of brochure are actually the toilets.