The US Bureau of Broadcast Governors which overseas all federal and private international broadcasting like VOA, Radio Marti,  Radio Free Asia and RFE/RL. There are actually some interesting sessions to be found of the BBG Strategy Site, but I don't think anyone knows, judging by the number of views on YouTube. 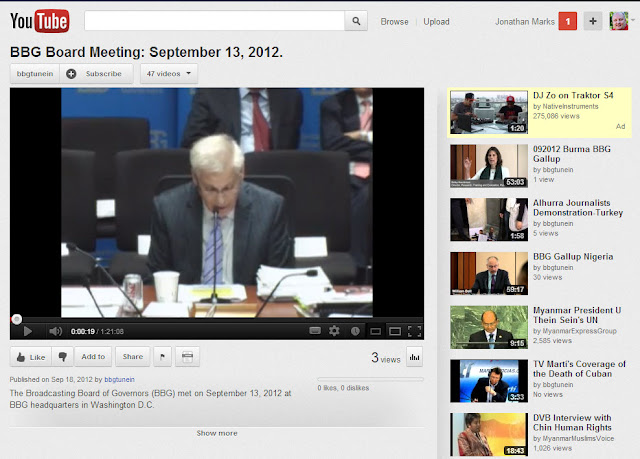 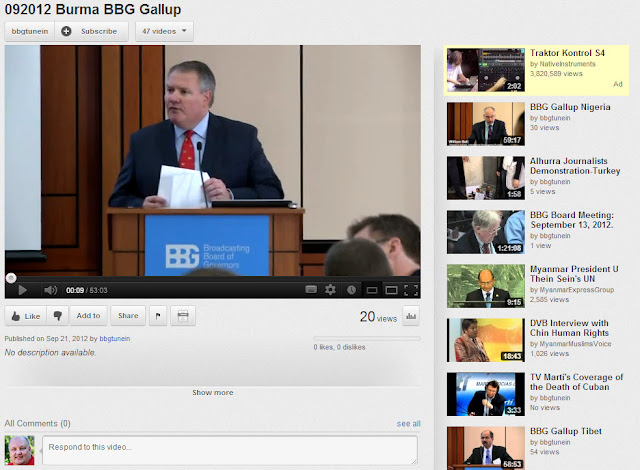 Also the BBG has commissioned extensive studies in Burma, discovering a rapid rise in the popularity of FM Radio. This follows the same pattern as in other countries (like most of Eastern Europe). VOA seems to have gotten some stations in Burma to carry English language lessons presented in Burmese. But news and current affairs programmes are still some way off. Again that video doesn't seem to have been discovered. The problem is that it's not in context on YouTube.