InfoasAid Heading in the Right Direction

It is so easy to criticize what's going wrong in the Media for Development sector. Lack of a clear direction is probably more of a threat than lack of money. I wish more would collaborate instead of competing.

But there are some lights at the end of the tunnel. One of them in Infoasaid, a joint project between Internews and BBC Media Action (formerly known at the BBC WS Trust). There is a good introduction below by the project director Anita Shah.

Infoasaid have now launched an on-line distance learning programme which helps anyone involved in crisis communications understand what is the most effective way of reaching the local population affected. Participation is free and the course is also available as a CD for low bandwidth countries. I would suggest making a downloadable version available as another option- some countries have slow bandwidth but the broadband connection is there for most of the time. It can download gradually. 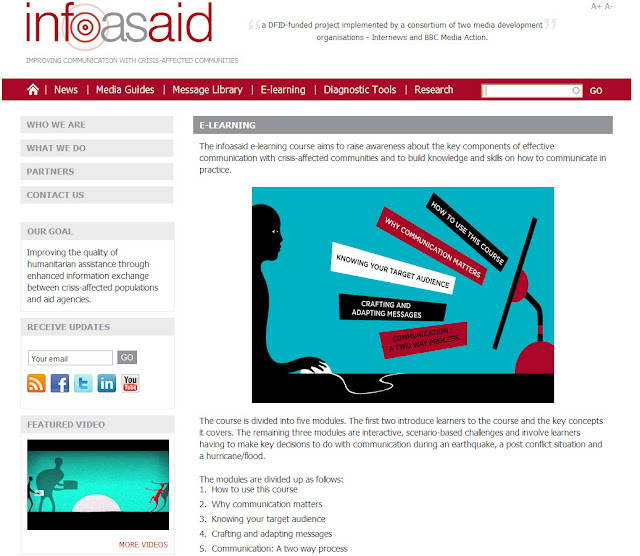 The course follows all the points you need to keep in mind and I'm delighted to see that they start by putting the target audience at the forefront. 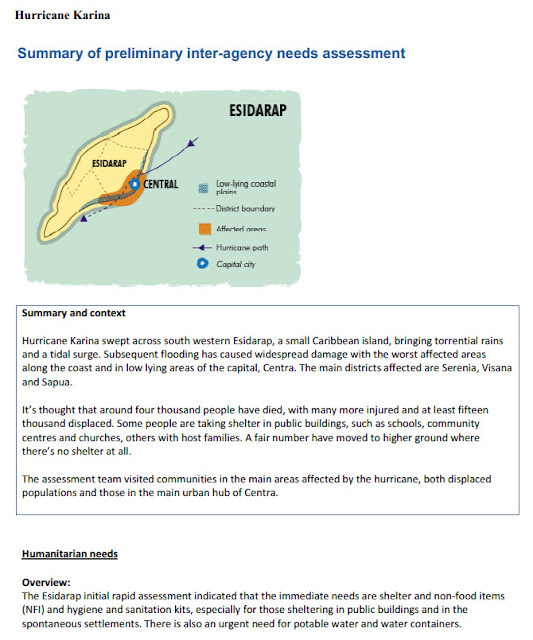 Once you understand their information needs, then you need to know what media they are using (is it radio or TV) and craft the message accordingly. Want to try it for yourself? Here's the link. Well done. My only fear is that a lot of this good work will cease as the project ends in December 2012. It deserves to go much further. 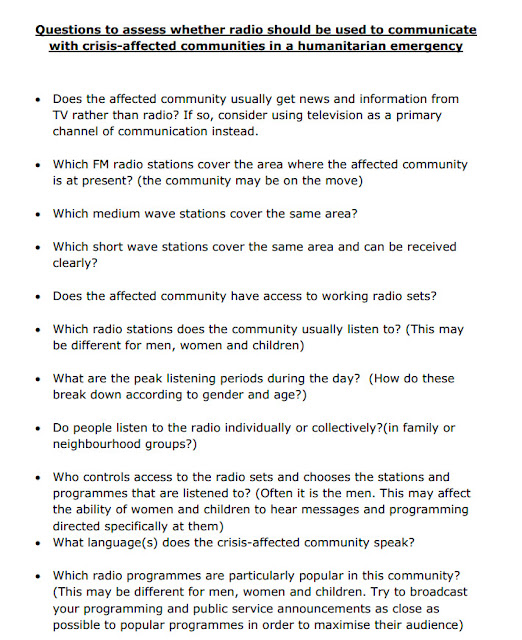