Broadcasters Without Borders - Five Years On

It's now five years since I ran a number of workshops for the Asia-Pacific Broadcasting Union in Singapore about how media can respond immediately after a disaster. At the time, Radio Netherlands was involved in the Radio in the Box project, a scheme started in 2005 to help radio station partners recover after the Asian Tsunami. There were plenty of aid agencies helping in Indonesia immediately after the earthquake. We decided to focus on the period between 6 weeks and 2 years after the disaster, when radio stations still needed to operate but their radio station had not been rebuilt. 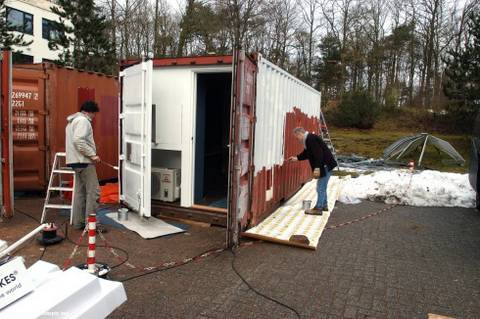 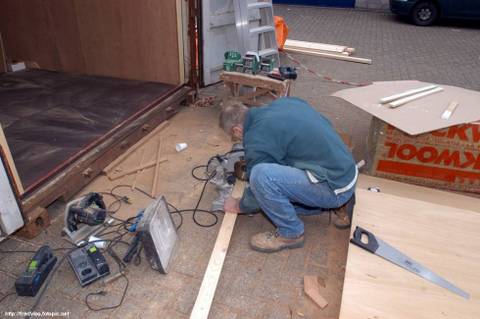 In the end there were important lessons learned from the project. It was a good idea paint the containers white - keeps the heat out. But labelling it in such an obvious way as a radio station was great for publicity back home, not very clever if the station was operating in a politically tense area. I remember commenting that the stations shouldn't be shipped without proper fire extinguishers on board. The stations fulfilled their mission at the time. If you're interested in the conclusions, then I still have the paperwork. Please get in touch via this website. Radio Netherlands has closed its Indonesian language radio section in June of this year and so these types of projects have been discontinued.
I'm pleased to see that some broadcasters and other media for development agencies are taking the concepts further. The coordinating organisation is called CDAC, Communicating with Disaster Affected Communities. They recently held a workshop in London, attended by 50 people, and hosted by the Thomson Reuters Foundation. I didn't attend myself, but I see the website has now posted a number of the sessions on its website and YouTube Channel.

I was particular pleased to learn of the work of Mike Adams and the First Response Radio teams he is building in several Asian countries. Their goal is to be able to put an emergency radio station on the air within 72 hours. The equipment fits in two suitcases, there's another box containing the antenna and you need to have access to portable generator and fuel. Mike explained that the equipment costs between 15-20,000 pounds sterling.

Mike introduces the idea of an  'Information Matrix' because the way teams respond really depends on the type of disaster and several other important factors. He also points out that they have spent a lot of time preparing and talking to the authorities to get licences sorted out in advance. In short, they have listened to what came out of the workshops in Asia and taken it all to the next level.

There was also another event that CDAC organised earlier in the year. And at the end of the first day, I thought that Erik Hersman, co-founder of Ushahidi and founder of Afrigadget, had some very insightful comments about what's right and wrong with the media for development sector. I don't know why it only received 29 views so far. More people should see it.