Auria Mixer Compared to the Nagra on the run. 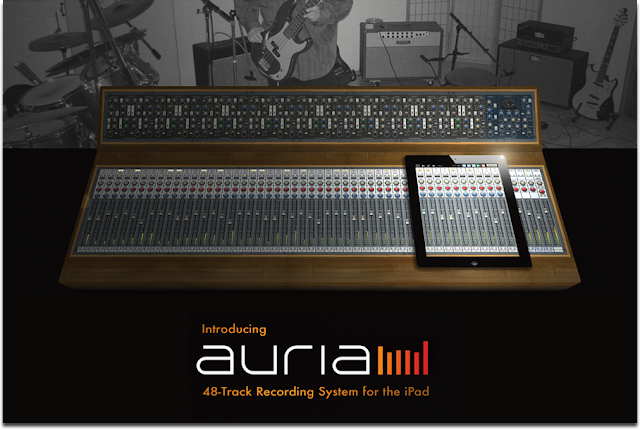 So why would you want to have a 48 channel audio recorder/mixer on your iPad. Well because you're a band and want to mix down new songs while on the road. Or you're a podcaster doing roundtable discussions in difficult places. Just amazed at what the engineers at Wavemachine Labs in Chicago have worked into a US$50 app. Actually, you almost pay as much for the official Apple iPad USB connector. Luckily there are cheaper options if you look.  Thanks to Alex Lindsay of MacBreak Weekly (TWIT Network) for the tip. What a brilliant discovery.

Russ shows that the capabilities of the app are well beyond the kind of things I need it for.


I'm looking at better ways of recording round table discussions in the field without having to carry all this sort of stuff with you. Saw colleagues from Radio France Internationale recording a roundtable discussion at the Deutsche Welle Global Media Forum. Asked them did they know how much their equipment cost? No.


So I thought I'd find out. 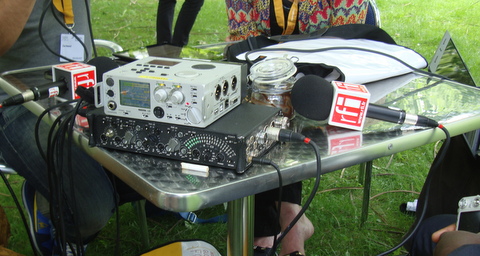 The small box on the top is a Nagra audio recorder. It is nice - but the brochure doesn't tell you this recorder costs US $3,799.95. The mixer underneath looks like a Sound Devices 302 mixer, which is actually just being used to balance the three microphones before the audio goes into the input of the Nagra. Retail price for the mixer is US$1295. Add a couple of hundred dollars for the three microphones and that's a very expensive way of recording a radio programme. About US$5600 on the table there, excluding the cost of the iPad being used to make a registration for the web. So that's why the Auria option is looking more inviting....

p.s. Can you imagine what Kenny Everett could have done with an iPad if he were alive to remake his magic from the 1970's.