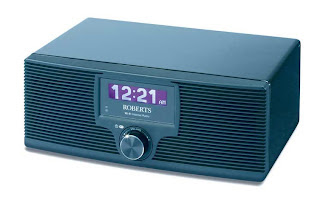 Sangean is a Taiwanese company that has been a leader in "world" receivers, taking over from Sony and Grundig when they exited from that part of the radio market. They seem to be wandering down the wifi path now, making sets like this one under their own WFR-20 brand, or in the UK through Roberts as the WM-201. Roberts quote a retail price of 199.99 pounds. I note that this radio can either be used wirelessly, or you can put an ethernet cable in the back and plug it into the back of an ADSL modem. I can think of some applications where that's going to be very useful. Sangean tell me that their DRM prototype receiver, the DRM-40 has apparently been put on hold. No delivery dates are available and the set has disappeared from the Sangean website.
Posted by Jonathan Marks at Saturday, October 06, 2007