Two years on, what challenges lie ahead for Radio Netherlands Worldwide?

It is exactly two years ago that Radio Nederland Wereldomroep, the Dutch international service, closed down all its Dutch language radio broadcasts. That was shortly followed thereafter by all the other language departments. The organisation suffered a budget cut of 32 million Euro per annum, taking its income from 46 to 14 million Euro a year. 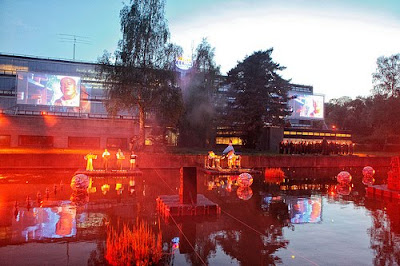 The "zero hour" moment at 20 hrs UTC on Friday May 11th 2012 was captured by an ANP press photographer and can be still be viewed here. The Dutch text tells you to hold down the left mouse key and then drag to navigate right and left.

But Radio Netherlands Worldwide still exists, albeit housed in a smaller building next door. They've hired out the original plane-shaped broadcast centre to new tenants, the AVRO-TROS.

In order to get insights into the new mission - and the way it is being implemented, the organisation has gradually set up a new domain, rnw.org to answer the questions to those who are curious as to why, how and what Radio Netherlands is doing in the world these days. 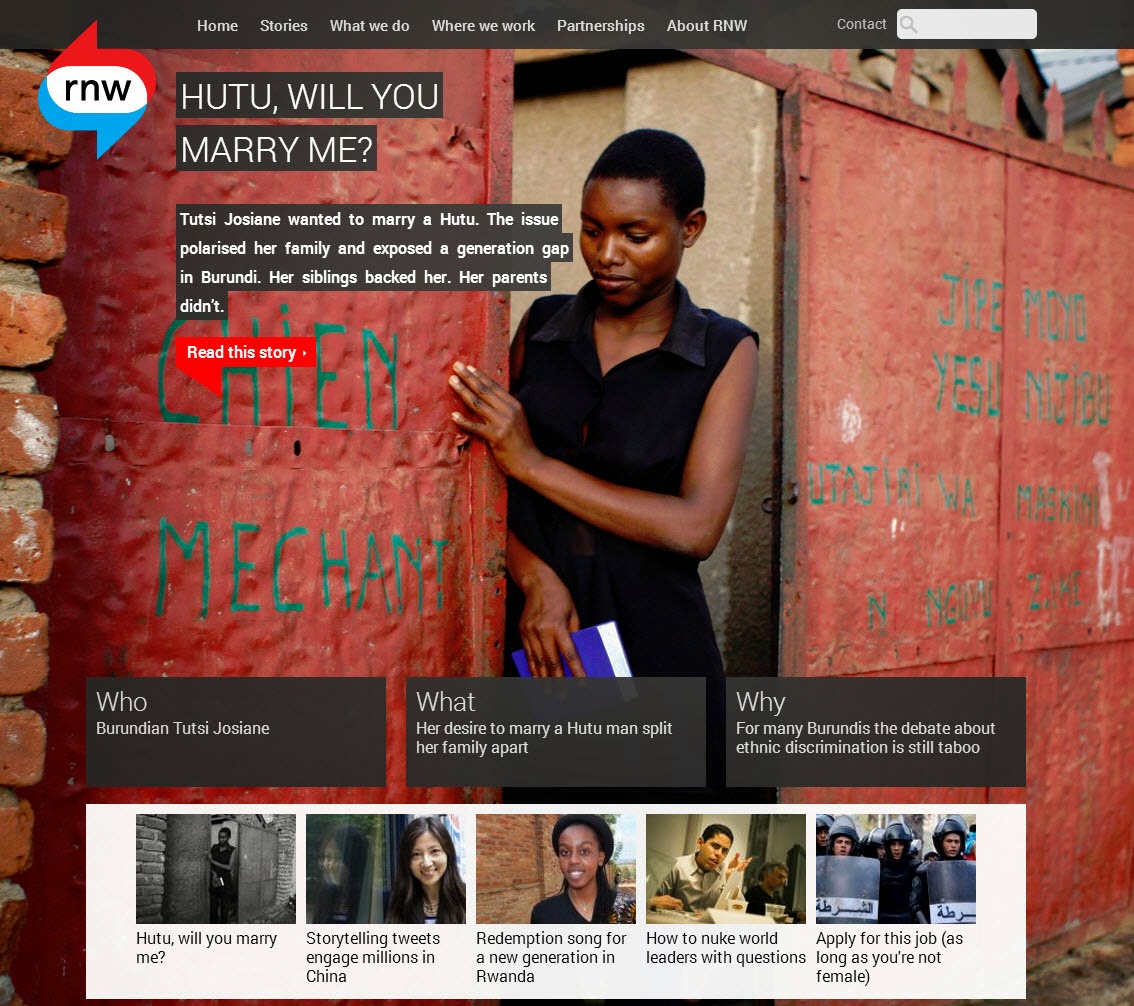 It is clear that RNW is more of a co-production house rather than a broadcaster in its own right, relying far more on social media platforms to reach its target audience of young influentials spread across 18 countries.

They have started to post some of the results of their efforts. 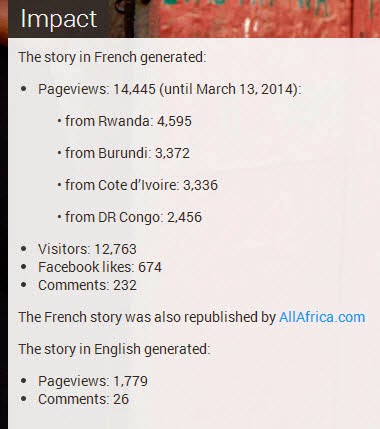 Under why. the website lists the reasons for their existence today?

Without freedom of the press there is no freedom of opinion or expression. Media give citizens access to the information they need, to make choices and decisions that are important to their lives and those of others.Media provide people with a platform to form and share their thoughts, ideas and opinions. They also contribute to increasing transparency and accountability and to combating corruption. They are one of the most effective checks and balances to misuse of government power.Only one in six people live in a country with a free press. The number of people worldwide with free access to independent media is at the lowest level in ten years.

RNW promotes free speech through independent journalism and the use of new media. We create thought-provoking content for young people around the globe and provide a safe space for them to tell their stories and exchange ideas.

Towards a better why

I believe the challenge RNW now faces is that this "why' statement is not really a powerful enough. It explains a situation and a possible solution. But it doesn't explain why their efforts are needed, and how they will impact peoples lives.

And in this world where donors (in this case the Dutch government) want facts to justify everything, how will they really measure if they are successful and whether efforts need cutting back or further investment? Where are the targets?

In fact, this problem turns out to be a challenge for many organisations involved in media for development branch.

As part of the journey towards an answer, I think it worth exploring a report called the Media Map project published by Internews and the World bank and funded by the Bill and Melinda Gates Foundation. I see a lot of the same conclusions that appeared in a World Bank report called the Right to Tell published ten years earlier in 2002. Except that this new report is far more comprehensive. It presents the evidence as to why there is a need for freedom of expression in a language that politicians understand. A free press benefits citizens. Media Map concluded:

Broad-based economic growth and political stability in Africa seem to be strongly connected to the presence of a free press. Free press countries:
A free press is associated with higher literacy in Africa, and we found literacy to be a vital factor in maintaining democracy over time, globally. Thus, literacy, a free press, and democracy can create a virtuous cycle that lays the ground for improvements in governance, and in development overall.

I would argue that these conclusions also apply to many parts of Latin America as well. They must be music to the current Dutch government which is increasingly adopting the policy of trade not aid. I share the conclusions of South African media specialist Jeanette Minnie from Zambezi FoX. At a conference in Brussels last year she referred to the same report. Note that she concludes that the challenges apply to all media, new and traditional. “Old and new media development challenges in Africa”. The full presentation can be found here. Media_development_challenges_in_Africa_-_Jeanette_Minnie.pdf

Update: I will put the second part of this post into a new entry. Getting too long.
Posted by Jonathan Marks at Sunday, May 11, 2014