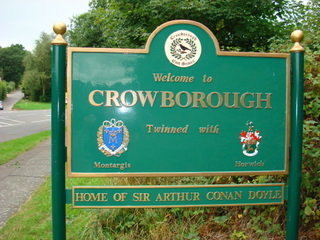 I am reissuing this post with some updates. Ken Gibson, President of the mid-Sussex amateur radio club in the UK shared more information as a result of celebrations of the UK's Diplomatic Wireless Service. They operated a special amateur radio station with the callsign GB0DWS from the site at Duddleswell, near Crowborough, Sussex where a huge mediumwave transmitter operated in secret during the Second World War. 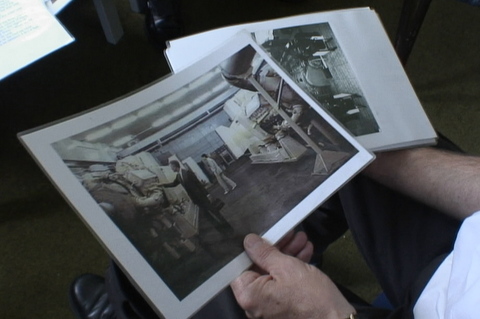 That reminds me of three radio programmes I made at Radio Netherlands with the late Harold Robin, the Foreign and Commonwealth broadcast engineer who put a number of "fake" resistance stations on the air from a transmitter site not far from Bletchley Park. I was glad to see that they haven't forgotten the role of these broadcasts - it's mentioned in the exhibition at Bletchley Park. You can listen to the first part of that documentary by clicking the player below.

The second part of this 30 minute documentary has a closer connection with today's event and can be found here.

Harold Robin explains why Canadian soldiers dug a hole in one of hills near Crowborough, Sussex and how the high power mediumwave transmitter sent from the US was buried underground. George Jacobs explains the mysterious Glenn Miller Jazz programmes made for German soldiers. Aspidistra, as the transmitter was called, could change frequency quite quickly and did more than broadcast fake German forces radio programmes.

After the war, the transmitter was handed over to the BBC and later sent to Orfordness, Suffolk. Bits of the original transmitter survive in the transmission hall of that site. The original transmitter site in Sussex is now a police training ground. The photo shows the transmitter shortly after installation. The bunker was designed by an architect who built cinemas before the war. A little known fact is that this site was also used a location in 1981 for an episode of BBC's Dr Who. The best pictures taken inside the bunker are on the site of Underground Kent.

The only remaining parts of the Aspi 1 transmitter are hanging in the entrance hall of the Babcock transmitter site at Ordfordness. I wonder how long they will remain there. That site was used until March 27th 2011 for transmission of BBC programmes on 648 kHz towards Western Europe and is now silent. We mentioned Crowborough in this short documentary about Orfordness. It's at 5 minutes 51 seconds into the video.

Although the work of Harold Robin during the war is well documented in books like "The Black Game" by Ellic Howe, I think we managed to capture the other stories from later in his life. For instance, how he invented the "Picolo" modulation system as used by the diplomatic service to communicate text over shortwave between embassies. He also built the BBC Overseas relay station in Oman, and the external service of UAE Radio from Dubai.

In the third programme that I will recommend today, recorded after Christmas in 1995, we also looked at the story of the British response to the declaration of independence by Ian Smith in, what was then, Rhodesia. Harold talks about setting up a mediumwave transmitter in a matter of weeks in the town of Francistown, in the Bechuanaland Protectorate, now called Botswana.

Thanks also to Colin Miller for some of the recordings of the RBC. It seems that one of the two transmitters was sent to Cyprus after the World and Rhodesia operation ended, the other ended up in Ordfordness for some experiments on 648 kHz. You might also want to check out the video of Margaret Howard, who refers to a special programme transmitted over this MW sender. It was called the World and Rhodesia and was more of a UK government editorial than any programme the BBC would make. The programme concept didn't work although it seemed to have taken the British government a couple of years to find out.

Harold refers to staying in the Tati Hotel River Lodge, about 8 kms outside of Francistown. Sure enough, it's still there. 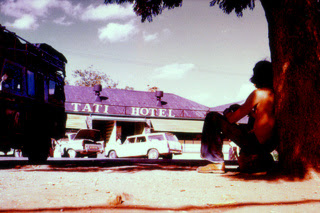